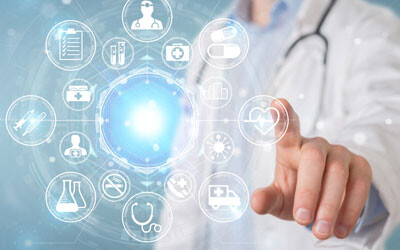 The app, to be developed as a part of a $2.1 million contract, will be available in early 2022, with the first iteration to be a read-only interface to My Health Record, followed by upload functionality and future enhancements.

ADHA’s Chief Digital Officer Steve Issa said, “The Agency’s vision is both healthcare providers and consumers having access to the same health information regardless of the type of device or channel they use to access it.”

The Agency’s omni-channel strategy enables the only national electronic health record, allowing access to health information when it is needed. “The first component of this strategic program to drive digital enablement across Australia has been My Health Record, available for both healthcare providers and consumers through desktop environments,” Issa said.

To offer consumers easier access to their health information and to cater for growing demand, the Agency went to market to source a mobile product.

Similarly, to support the growing use of My Health Record among healthcare providers, the Agency released a mobile version of HIPS (Health Identifier and PCEHR System), an interface service designed originally for health systems, particularly within hospitals with an aim to ensure that hospitals and staff in emergency departments can access the tool when performing ward rounds, bedside consultations and when patients present.

In 2019, Chamonix was awarded the contract to develop and support Health Identifier and PCEHR System (HIPS) following an open tender process. HIPS enables seamless integration of hospital and laboratory systems with My Health Record and the Healthcare Identifiers (HI) Service.

The mobile version of HIPS leverages the latest HIPS version 7.1 and above, with a simple module add-on allowing existing users to access HIPS Mobile with no requirement to install from app stores as it is a native, browser-based application, said Simon Browne, HIPS Mobile Product Manager.

The tool has been optimised initially for iPad, iPhone and Android tablets and smartphones and offers a range of benefits, including on-premises use for clinicians at the hospital; off-premises use via the hospital’s VPN; access to comprehensive My Health Record information; specific ‘My Patient’ lists for their patients currently in hospital, for each of the clinician’s work locations.

ADHA’s National Digital Health Strategy (2022–2027) is expected to drive the collaboration across the industry to facilitate better digital health, empowering Australians and those who care for them.