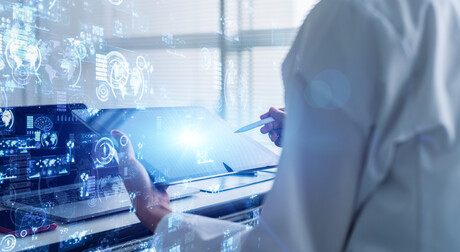 PathWest Laboratory Medicine WA provides an HLA genotyping service to recruit unrelated donors to the Australian Bone Marrow Donor Registry, which is then linked to worldwide registries. When a patient needs a stem cell transplant, their HLA genotype (also known as tissue type) is compared with all potential donors on the worldwide registries. Having more enlisted local donors with high-resolution HLA typing increases the chance of finding the best-matched local donor for patients. This means that local patients can be transplanted faster and at lower cost compared with using an overseas donor.

Data files from the MinION platform are automatically sent to the Azure-based Loome software, developed by analytics specialist BizData, which orchestrates the analysis pipeline and expedites processing. Using Azure HPC, the analysis is now fully automated and the time to complete analysis is more than halved.

All data is encrypted in transit and at rest, remaining in Australia to maximise security and privacy. Using Azure also allows data analysis to scale up as soon as a run commences and down when the analysis is completed.

Dr De Santis said the newly automated pipeline has replaced many manual processes and dramatically accelerates the ability to HLA type more donors. Besides the data analysis being much faster, the novel HLA typing method provides higher typing resolution than was possible previously as the full genes of interest are now being analysed.

“High-resolution typing of donors at the point of recruitment provides more information about the donor type to the clinician and transplant team, therefore eliminating potential unknown mismatches during the donor selection process, and allows patients to proceed to transplant quickly — an important factor in the patients’ overall clinical outcome,” Dr De Santis explained.

The team in Perth also developed a groundbreaking technique to genetically characterise a blood sample from an organ donor.

“We are the first laboratory to be able to do third-generation sequencing in four hours; that’s just not been done before,” Dr De Santis said.

The PathWest Clinical Immunology laboratory offers a round-the-clock on-call service for deceased donor organ allocation. Once a match is found, transplants are performed at two Perth hospitals (Fiona Stanley Hospital and/or Sir Charles Gardiner Hospital). A paper describing the breakthrough has been published and is available through the National Library of Medicine.

“We are now able to accurately identify mismatches between the donor organ and potential recipients at the time of organ allocation. This level of information traditionally has only been available three to four days after the organ has been transplanted, putting the patient at risk of organ rejection. The ability to have this information available at the time of organ allocation allows the transplant clinician to better assess the risk to the patient who is receiving the organ,” Dr De Santis explained.

“In some cases, the inability to identify the exact mismatches present between the donor and the recipient may increase the risk of rejection, which may outweigh the benefit of transplant, and therefore patients may be excluded from organ allocation.

“The ability to HLA type the deceased organ donor to the same typing resolution as the patient at the time of organ allocation, and identify the exact mismatches, provides an opportunity for patients that previously may not have been considered suitable for organ transplantation to be considered.”

Microsoft Australia Chief Medical Officer Dr Nic Woods said, “The groundbreaking work that Dr De Santis and the team at the PathWest Department of Clinical Immunology are performing holds enormous promise for organ transplantation worldwide. Being able to dramatically reduce the ischemic time between the sample being collected and being fully analysed is hugely important to the viability of a transplant, while the high-resolution analysis also increases the number of people who might now be considered for transplant.

“BizData’s platform, which is built entirely on Azure, automates the genetic analysis of almost 4000 files or 250 GB that come from the MinION device, and which are then interpreted to provide a huge amount of information about the donors, whether stem cell or solid organ donors,” Dr Woods said.

“This breakthrough has enormous implications not only for Western Australia but globally, and Microsoft is proud to be able to support this important work.”