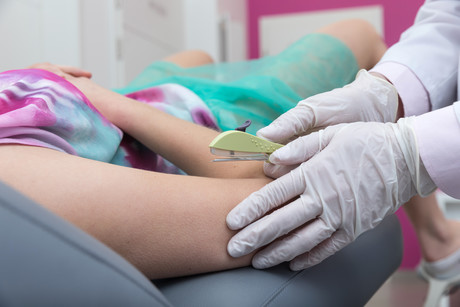 As it stands, only doctors — primarily in the private sector — have access to MBS itemisation for this procedure, which, the researchers suggest, could be partly to blame for Australia’s low LARC uptake and high rates of unplanned pregnancy.

An estimated 50% of all pregnancies in Australia are unintended, and around 59% of these are the product of protected intercourse, suggesting that better approaches to birth control — at both a national and individual level — are needed.

LARCs are statistically more effective, with fewer than one in 100 LARC users getting pregnant each year, compared with six to nine women per 100 who use the pill.

Yet uptake of LARCs in Australia is poor, with just 5% of Australian women having a hormonal implant and 6% using an intrauterine device (IUD).

“Whilst no method of contraception is totally safe, those which permit human error — such as condoms and the pill — are inherently less effective,” FPNSW Senior Research Officer Dr Jessica Botfield told Hospital + Healthcare.

“LARCs are long-acting and non-user dependent, which makes them by far the most reliable method available.

“They are also much cheaper than the pill in the long term. The upfront cost is around $40–200, but compared with the average yearly cost of the pill ($35–290), that’s quite small,” she added.

FPNSW advocates LARCs as a first-line contraception and believes that the lack of MBS itemisation needed for nurses to perform this procedure is a key factor behind the low uptake.

“The responsibility for LARC insertion is predominantly left to doctors, but the number of GPs who undertake the relevant training is relatively low — partly a cost issue. This means that women who may want a LARC can’t easily access a health professional who is able to perform the procedure,” said Dr Botfield.

“We believe that if nurses were given an option and incentivisation to insert LARCs that the procedure would be more accessible, having a positive impact on uptake.”

As well as the potential health savings associated with fewer unplanned pregnancies, this approach could relieve pressure on doctors and generate further cost savings for government.

“Given that LARCs are primarily only available through doctors in the private sector, LARCs are falling short of their cost saving potential — which would increase with training availability for nurses,” Dr Botfield said.

While Dr Botfield wasn’t able to comment on the feasibility of an MBS rebate option for this procedure, she couldn’t foresee any challenges or adverse consequences with this approach and continues to advocate for its implementation.

A day in the life of a Neonatal Critical Care Nurse