Cuts to penalty rates are a threat to nurses and midwives, says NSWNMA 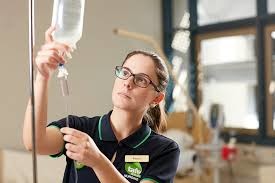 The decision by the Fair Work Commission to reduce Sunday, late night and public holiday penalty rates could damage Australia’s collective values and open the flood gates for other industries to slash wages according to the NSW Nurses and Midwives’ Association (NSWNMA).

The acting general secretary of the NSWNMA, Judith Kiejda, said the decision to modify penalty rates in the hospitality, fast food, retail and pharmacy sectors would impact the health sector.

“There’s a real prospect that changes in one industry will have a ripple effect into others, this is a genuine threat to our nurses and midwives, and aged-care workers who rely on penalty rates for 20% of their income,” Kiejda said.

Kiejda added that the decision had wound back decades of progression in workers’ rights and threatened the livelihoods of those who need it most.

The Australian Council of Trade Unions (ACTU) said nearly half a million people, including some of the country’s lowest-paid workers, would lose up to $6000 a year.

“This decision is only in the interest of big business, allowing them to pocket the savings and take advantage of workers who often have no choice but to work long, unsociable hours.

“There’s a good reason we have historically compensated those working on a Sunday, late at night and during public holidays. They sacrifice what is, for the rest of us, a period of relaxation spent with friends and family, in order to meet the growing needs of the general public and keep our country running.

“These cuts to penalty rates target the most vulnerable members of our workforce and increase the polarisation between rich and poor. In a country where rising inequality has resulted in unprecedented levels of personal debt, the last thing we need is the dilution of workers’ rights and another leg up for the top end of town.

“If the Turnbull government accepts the advice to reduce Sunday, late night and public holiday penalty rates in favour of big business, it will lead to dire consequences for our aged-care sector, where an increase in unregulated workers is already diluting the staffing skill mix.

The NSWNMA has vowed to continue campaigning in the community and to lobby federal members of parliament, including crossbench senators, throughout NSW to ensure nurses and midwives’ concerns are heard loud and clear over attacks on workers’ rights and cuts to penalty rates.