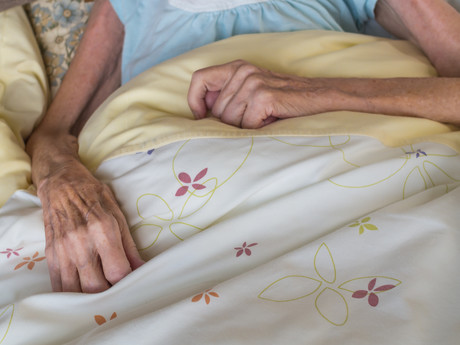 Australia’s first aged-care quality and safety commissioner has been appointed to lead the new and independent Aged Care Quality and Safety Commission.

Health sector leader Janet Anderson will oversee the establishment of the commission, as it prepares to start intensified compliance monitoring from 1 January 2019.

Federal Minister for Senior Australians and Aged Care Ken Wyatt said the new commission will have a budget of almost $300 million over four years, employing dozens of additional senior compliance officers. It will immediately integrate and streamline the roles of the current Aged Care Complaints Commissioner and the Australian Aged Care Quality Agency. From January 2020, it will also incorporate the Department of Health’s aged-care compliance responsibilities.

The new commission is a key part of the Australian Government’s response to the recommendations of the Carnell-Paterson review of failures at the Oakden Older Persons Mental Health Service in South Australia. A Bill to establish the commission is currently in parliament.

Anderson will oversee the approval, accreditation, assessment, complaints resolution, monitoring and compliance of Commonwealth-funded aged-care providers, reporting directly to the Minister for Senior Australians and Aged Care. Her appointment and the independent commission will help usher in a new era in certainty, accountability and confidence in aged care in Australia.

Minister Wyatt said that unannounced re-accreditation audits — which have been law since 1 July and cover all legislated quality and safety standards — are set to jump from 263 this year to almost 900 in 2019. Unannounced inspections, targeting particular standards, identified risk factors and complaints, are expected to rise to more than 3000.

“There will be $48.2 million specifically to expand monitoring and compliance teams, continue unannounced inspections, better identify substandard care and to develop options for a Serious Incident Response Scheme,” the minister said. “The commission will be a one-stop shop for aged-care residents, their families and aged-care providers on aged-care quality and safety matters.”

Senior Australians and their families who need help with a complaint, a concern or when something goes wrong will refer to the commission. Providers will also benefit from being able to deal with one regulatory agency, and know who to contact in relation to their accreditation, quality monitoring and compliance requirements.

Anderson has extensive management experience, particularly in the health sector, including leadership roles at state, territory and Commonwealth levels.

For the past two years, Anderson has held the positions of Deputy Chief Executive and acting Chief Executive of the Northern Territory Department of Health. In 2009, she was awarded the Public Service Medal for outstanding work in health policy development and reform.

Anderson will be assisted by aged-care medical expert Associate Professor Michael Murray, who is working as the new interim Chief Clinical Advisor to support key establishment activities. Associate Professor Murray has a broad range of management, clinical and clinical teaching experience in aged care as the Medical Director of Continuing Care and Head of Geriatric Medicine at Austin Health, Melbourne.

In the lead-up to the launch of the new commission on 1 January, any concerns over the quality of aged care or services should be directed to the Aged Care Complaints Commissioner on 1800 550 552 or visit www.agedcarecomplaints.gov.au.

ConvaTec has appointed Karen O'Connor as the new General Manager for Australia and New Zealand.

The new centre will specialise in personalised orthopaedic and maxillofacial solutions and...