Two hearts, one soul: merging two hospitals into one 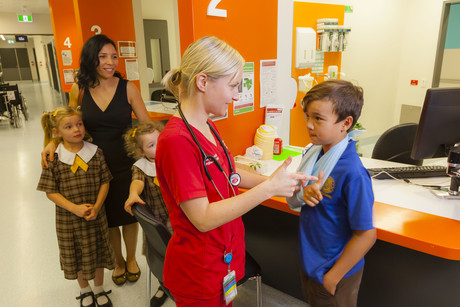 What happens when you merge two hospitals into one, bringing two passionate teams, two cultures and two different ways of working together? This is what took place when the Lady Cilento Children’s Hospital opened in Brisbane. It wasn’t easy, but their new chief executive officer was up for the challenge. Fionnagh Dougan talks to AHHB about managing change, and lessons learned.

Visitors to the Lady Cilento Children’s Hospital in South Brisbane feel a positive energy as they walk through its expansive atriums and colourful floors. “It’s a very vibrant organisation,” said Children’s Health Queensland (CHQ) CEO Fionnagh Dougan. “People remark on it when I talk to them.”

Originally trained as a nurse in Scotland, Dougan said it is a privilege to see clinical services in action. She spends a lot of her time speaking to young patients, their parents, volunteers and staff, making a point of visiting all 12 floors of the hospital as often as possible. “One of my biggest pleasures every day is to see people, and to talk to them,” she said. It’s how Dougan stays on top of what’s happening at CHQ. And it is how, when she started, she came to grips with challenges the new hospital was facing.

CHQ is a specialist statewide hospital and health service for children and young people from across Queensland and northern New South Wales, including the Lady Cilento Children’s Hospital, the Child and Youth Community Health Service, and the Child and Youth Mental Health Service. Working with partner hospital, health services and non-government organisations, CHQ delivers an integrated network of paediatric healthcare services and support across the state. 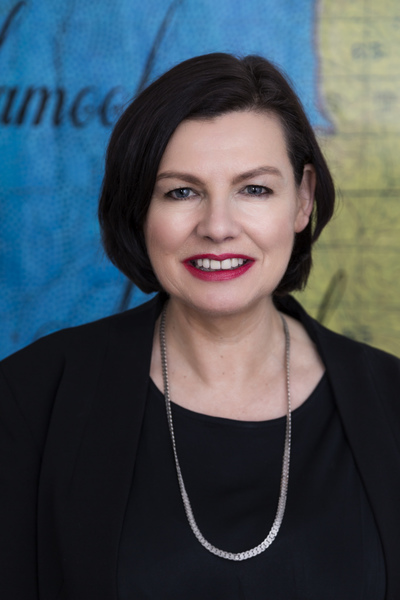 The birth of a new hospital

The $1.5 billion hospital was built to replace the Royal Children’s and Mater Children’s Hospitals in Brisbane. But the launch in November 2014 was challenging, with the media reporting that the hospital wasn’t ready; that the opening was rushed.

"It was reported in the media that the hospital had opened too soon and possibly was unsafe. That was not correct,” she said. “A review was undertaken that found the transfer of patients was a safe process, and patient services were being delivered safely. There were no instances of unsafe care or failure to deliver care.”

A major challenge, she explains, was not safety, but rather that the new hospital had two sets of staff who had not worked together, from two different cultures, each proud of their brand and their way of working, all in a new building and on a steep learning curve.

By means of example, Dougan said that in the early days of the new hospital, there was not a shared culture. “That was understandable, and it took teamwork, time and a huge amount of work to merge two very good but different clinical and operational teams. A defining moment of coming together was when we celebrated our first birthday in November 2015. Staff joined in a ‘hands around the hospital’ to celebrate how far we had come as one CHQ.” 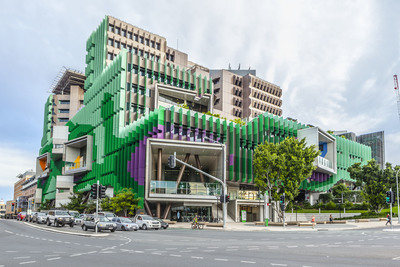 Joining the hospital almost three months after it opened, Dougan was fresh from the Auckland District Health Board, where she had managed all operations for a service catering to 400,000 New Zealanders and a staff of 10,000. She was experienced in managing large health organisations and identified challenges that needed to be addressed at CHQ, including ensuring:

Wanting to build a relationship of transparency and trust with people, Dougan knew communication was critical. She instigated an open door policy, regularly inviting staff members to come and talk to her and the management team about the issues they were experiencing, so they could take on board feedback and resolve concerns.

“People openly expressed their concerns. We were trying to be really responsive to that,” she said.

Monthly staff forums continue to be a venue for exchanging feedback and ideas, but issues can be raised at any time.

“The immediate plan was to ensure day-to-day operations were functioning as smoothly as possible, because the scale of clinical care had not been experienced by the staff of either organisation previously,” Dougan said.

She established an innovation, change and redesign (iCARE) team to drive improvement, change and excellence across CHQ. Experienced in process enhancement and the Lean Six Sigma project management methodology, the iCARE team continue to work alongside busy clinicians to identify systems and processes that need streamlining, then manage the resultant enhancement projects. This way, CHQ team members can participate in the change without it impacting their number one priority — safe, family-centered care.

The improvement projects have been wide ranging — anything from streamlining billing systems, to the theatre scheduling system, to reducing patient wait times in the busy orthopedics clinic, to the redesign of the outpatient clinic model.

“Patient safety and quality is an absolute bedrock of this organisation,” Dougan said. To reinforce this, all staff have been put through a quality and safety program, to empower everyone to speak up if they felt a situation was unsafe. They have also implemented a system used widely in Queensland hospitals, ‘Ryan’s Rule’*, a three-step escalation process that allows a family to raise concerns if their child’s condition is worsening, or not improving as expected, while in hospital or under the hospital’s care.

No organisation can thrive with two different cultures and workflows. To unite people — from the workforce to patients and families — CHQ needed a common vision and values.

Engaging with all stakeholders on their vision, they developed their values from there.

They even involved the children from their on-site school, Lady Cilento Children’s Hospital School.

“We invited the children to participate in [developing] our values. Each value has a piece of art to go with it, and that art came from the children,” Dougan said. The children were asked: ‘What does imagination mean to them?’ The answer, one of CHQ’s new values: ‘We Dream Big’. 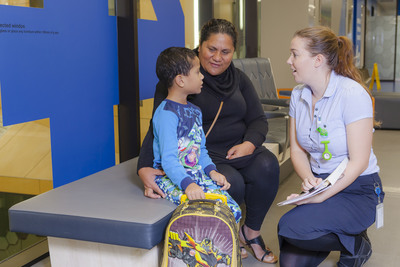 Leading life-changing care for children and young people — for a healthier tomorrow.

Respect ‘We listen to others’

Integrity ‘We do the right thing’

Care ‘We look after each other’

Just over a year has passed since CHQ launched its new Vision and Values, and Dougan is clearly delighted with the CHQ team’s achievements since then. “The staff here are just amazing. Whenever I walk through the organisation and visit our community sites, I see the values at work. It makes me so proud.”

They also received positive results for the Working for Queensland staff survey, held annually by the Queensland Government. CHQ received the highest results in Queensland Health for staff engagement, organisational leadership and innovation.

Clearly Dougan’s goal of bringing two disparate teams and cultures together has been achieved. The future is looking bright. “There’s a positivity about the future,” she said. “People commit very easily to driving change because they’re focused on wanting to be the best, and seeing they have a role in getting us there. Our commitment is to work hand in hand with families, and we do that every day.”

What advice can you pass on to other CEOs going through change?

According to Queensland Health, Ryan was a 3-year-old Queensland child who tragically died from what was believed to be a preventable cause. Staff didn’t know Ryan as well as his parents did, and they didn’t feel their concerns were acted on in time. Ryan’s Rule was developed to provide families and carers with an alternative process to get help for their child.