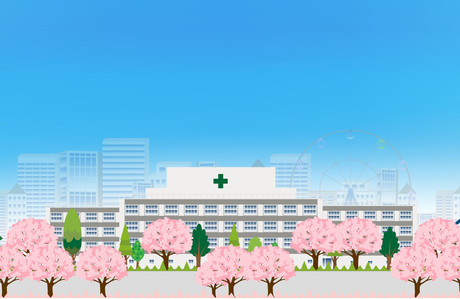 Tokyo is the best hospital city in the world, according to a study by digital healthcare provider Medbelle. The study — which ranks the globe’s hospitals according to their overall hospital ecosystem — celebrates cities offering the best overall medical care. The findings create a benchmark for the rest of the world to better develop their medical education, accessibility to healthcare and infrastructure.

While infrastructure has a great impact on patient experience, if the overall medical framework does not provide easy access and high-quality care to all its citizens, then improvements can still be made.

The cities hosting the best hospitals and medical schools were compiled to create a shortlist of the world’s top hospital cities. Then, the factors which determine the best hospital cities were split into three categories: Infrastructure, Quality of Care and Access. Within these categories, research was included, ranging from the quality of medical education and the number of hospital beds to the number of nurses as well as cancer treatment efficiency. Other elements such as the cost of medicine and the prevalence of mental health specialists were also taken into account. These data points were used to score each city based on their overall hospital infrastructure and determine the top 100 hospital cities in the world.

The hospital rankings were determined by analysing the following factors:

Each factor was scored out of 100, with the final ranking based on the highest score. The higher the ranking, the better the city’s overall hospital infrastructure.

“There are several existing hospital rankings, but this is the first-ever comparison of top hospital cities which looks at the bigger picture and answers this very important question: do the medical facilities in a given city cater to all of the patients, not just the wealthy or privileged ones?” said Medbelle Co-Founder and Managing Director Daniel Kolb.

“We wanted this study to shine a light on the importance of healthcare infrastructure by looking at medical education, the deficit of surgeons and nurses and accessibility. Without these basic building blocks, a city cannot offer all of its citizens the medical care they need.

“Every city featured in this ranking is at the top of their game in terms of hospital infrastructure. While we want to congratulate excellence, we hope this study can also offer a springboard for cities to see how they can improve every aspect of the medical offerings in their region,” Kolb said.

“By splitting this dataset into three distinct categories (Infrastructure, Quality of Care and Access), striking differences appear between cities. For example, while some boast an outstanding medical infrastructure, accessibility can be another story entirely.

“Take the United States, for example. This study illustrates that it has one of the highest-quality hospital infrastructures in the world, yet, in terms of access to all citizens, it benchmarks well below other developed countries.

“Houston provides a specific example of this gap: it achieves a position among the top 15 for World-Class Hospitals with a score of 94.92 out of 100, while simultaneously ranking second to last in the study in terms of Access, with a score of only 48.83 out of 100.”

To see a full list of study data, visit www.medbelle.com/best-hospital-cities-world.