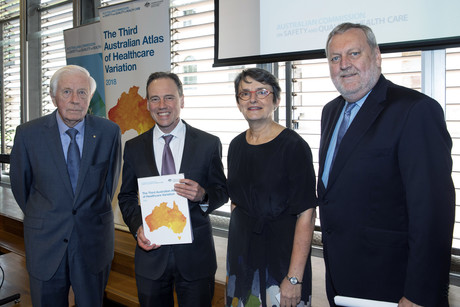 In his Atlas of the European Novel, Italian literary scholar Franco Moretti says of maps: “A good map is worth a thousand words… because it produces a thousand words: it raises doubts, ideas.”

These words elegantly capture the beauty of the recently released Third Australia Atlas of Healthcare Variation — which, like its predecessors, challenges prevailing assumptions about the appropriateness and accessibility of health care delivered across Australia.

Developed by clinicians working with the Australian Commission on Safety and Quality in Health Care, in partnership with the Australian Institute of Health and Welfare, the third Atlas examines neonatal and paediatric health, thyroid and gastrointestinal investigations and treatments and cardiac tests.

It also analyses changes in prescribing behaviour over the previous four years for antimicrobial, opioid, psychotropic and ADHD medicines.

By mapping healthcare use in Australia by where people live, the Atlas works by highlighting variations which may be unwarranted, or as Moretti might say, it “raises doubts”.

Rates of an intervention that are substantially higher or lower in some areas may mean that some people are getting health care they don’t need while others may be missing out on health care that they do need.

It’s this examination of the status quo and the investigation of clinical variations that leads us to ask the right questions — those that can drive systemic improvements to maintain Australia’s world-class health system.

A series of such questions to come out of the third Atlas, as an example, relate to the care we provide to the youngest and most vulnerable members of our community.

In addition to in-depth investigations of antibiotic use in children and proton pump inhibitor medicines in infants, the third Atlas examined the timing of planned caesarean sections.

We have known for some time that if a woman has a healthy pregnancy and there is no clinical need for earlier delivery, then waiting until approximately 39 weeks is best for baby and helps to avoid adverse outcomes associated with early births.

There is also emerging evidence linking early births to an increased risk of a range of longer-term adverse outcomes.

So it is concerning that among the four states and territories reporting this data, the Atlas found no medical indication for between 42–60% of planned caesareans carried out before 39 weeks; and none for 10–22% of caesareans planned before 37 weeks — significantly increasing the risk of adverse outcomes for these babies.

The natural question this raises is: Why are these early births taking place?

The flipside to doubt in Moretti’s statement is ideas; in the case of the Atlas series these are represented by key recommendations — 45 in total in the third Atlas, and seven for reducing unnecessary early planned caesarean births alone.

These specific recommendations aim to motivate action across the health system to investigate and reduce unwarranted variation. Along with making recommendations, the other real benefit of the Atlas is how it packages huge amounts of data in a usable way giving both the bigger picture but also providing opportunity for deeper investigation and action at the local level.

More than 300 local areas across Australia are represented in the interactive Atlas — available to all online — allowing for exploration and comparison of variations at macro and micro levels.

Implementing changes in complex systems take time, and while the first Atlas was published relatively recently, the series has already made a significant impact in how leading medical thinkers, researchers and policymakers think about the delivery of health care in this country.

In this short space of time, the series has driven a raft of initiatives — from further research into the prescribing of ADHD, antidepressant and antipsychotic medication for children through to updated Royal Australian and New Zealand College of Psychiatrists (RANZCP) clinical guidelines on the management of mood disorders and schizophrenia and the development of clinical care standards for heavy menstrual bleeding, osteoarthritis of the knee and colonoscopy.

The value of monitoring clinical variation is now also reflected in the second edition of the National Safety and Quality Health Service (NSQHS) Standards — with the new Clinical Governance Standard, effective in 2019, requiring health services to monitor and respond to variation in clinical care.

These are stellar achievements for such recent publications but I have no doubt that the findings from the third Atlas will lead to equally important improvements.

In the box below you will find just some of the key findings from the third Atlas, but its true value lies in its complexity and depth.

It is a challenging, intricate and invaluable tool that ensures we keep focus on delivering the right care, for the right person, at the right time. I find it quite beautiful — and I invite you to explore it further. 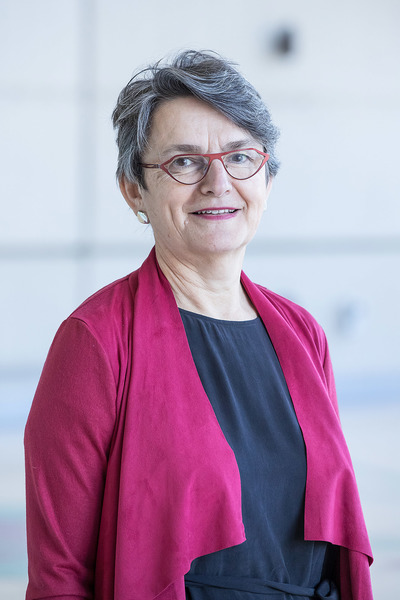