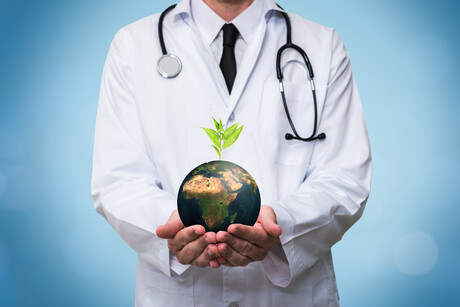 Experts worldwide, including the World Health Organization, consider climate change to be the greatest global health threat of the 21st century. The effects of climate change are already being felt — both directly due to injury and illness from extreme weather events and indirectly from worsening air and water pollution, changing food security and changing patterns of infectious diseases. The social effects of climate change are also evident through resulting mass displacement (climate refugees), economic hardship, and mental health and stress-related disorders.

One climate change event that is still heavy in the minds and hearts of Australians is the unprecedented 2019–2020 bushfires — the fires that ‘stopped a nation’.

The ‘Black Summer’ fires that raged across the east of the country between October 2019 and March 2020 are thought to have resulted in around 450 deaths from either fire exposure or bushfire smoke inhalation, with the December 2019 airborne particulate matter (PM2.5) concentrations in NSW and the ACT being the highest of any month in any state or territory. There were also 3151 hospitalisations from cardiovascular or respiratory problems and 1305 presentations to emergency with asthma-related illness. The widespread mental health and social impacts (to both those directly affected, as well as those more distant who bore witness to the event) are likely to continue for years to come, similar to prior fire events, such as Victoria’s Black Saturday bushfires in 2009. In addition to this health burden the total economic toll of the summer fires through direct, indirect and intangible losses has been profound, with the estimated costs likely to reach a total of $100 billion.

Last summer’s catastrophic bushfires exposed Australia’s vulnerability to extreme weather, and were a chilling indication of what may come as a result of further climate change. As outlined in the recent WA Climate and Health Inquiry, our changing climate is exposing Australians to climate-related illnesses, and healthcare services are vulnerable to a range of risks, including an increase in patient demand and threats to infrastructure, workforce and supply chains. Paradoxically, the healthcare sector is a significant contributor to climate change — its carbon footprint is estimated to be 7% of Australia’s total carbon emissions.

In response, Doctors for the Environment Australia (DEA) have recently released a new report Net Zero Carbon Emissions that calls for the health sector to adopt:

The report proposes that these sector-wide emissions reductions should be coordinated by an Australian sustainable healthcare unit (SHU), similar to the one in the UK. Improving healthcare’s carbon footprint will also bring economic benefits to the sector’s budget. In areas of waste, water and energy, the UK’s Sustainable Development Unit saved more than 90 million pounds in 2017 compared with 2013/2014.

The recent MJA–Lancet Countdown report on climate change stated, “No continent, country or community is immune from the health impacts of climate change… [however] aligning the global COVID-19 recovery with our response to climate change offers the chance to protect health, promote a sustainable economy, and preserve our planet”.

Health care, with the guiding principle of first do no harm, has an ethical responsibility to get its own house in order and to lead by example — to secure the health and wellbeing of people now and into the future.

Emma-Leigh Synnott is a Consultant Physician in Rehabilitation Medicine at the Fiona Stanley Hospital in Perth and the Medical Lead for Climate Health and Environmental Sustainability in the FSFHG hospital network. The WA Chair for Doctors for the Environment Australia, Emma-Leigh is also on the working party for a WA Climate and Health Community of Practice.

Carrie Lee is a junior doctor with an interest in global/public health and advocacy. She is a member of Doctors for the Environment Australia and is studying a masters of public health and tropical medicine.

For too long now, clinical trials in Australia have taken place to significantly varied...