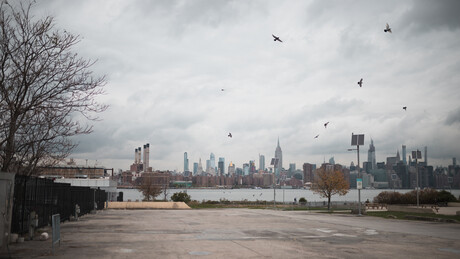 A report published in The Lancet details the devastating impact of the Trump administration’s health policies, finding that 461,000 fewer Americans would have died in 2018 and 40% of US deaths during 2020 from COVID-19 would have been averted if the USA had death rates equivalent to those of the other G7 nations. The Lancet Commission on Public Policy and Health in the Trump Era also estimates that Trump’s rollbacks of environmental protections led to 22,000 excess deaths in 2019 alone.

The Commission finds that US life expectancy began trailing other high-income nations in about 1980 as President Ronald Reagan initiated anti-government, wealth-concentrating policies that reversed many of the advances of the New Deal and Civil Rights eras. Reagan’s political philosophy has continued to influence US health and economic policy under both Republican and Democratic administrations. Many Trump policies emulate Reagan’s, including tax cuts and deregulation that benefit the wealthy and corporations, austerity for the poor and privatisation of Medicare.

According to the report, a return to pre-Trump era policies is not enough to protect health. Sweeping reforms are needed to redress long-standing racism and the four decades of policy failures that weakened social and health safety nets and led to widened inequality.

The Commission emphasises that these failures left the USA particularly vulnerable to the COVID-19 pandemic. Cuts in funding for public health agencies led to the loss of 50,000 frontline staff vital to fighting epidemics between 2008 and 2016. The fragmented and profit-oriented healthcare system was ill prepared to prioritise and coordinate pandemic response. Nearly 11% of Americans suffered food insecurity, increasing their risk of obesity and diabetes, and hence death from COVID-19. Housing crowding due to poverty helped spread infection in communities of colour with poor access to medical care.

“While the USA ranks highly in its global health security index, the COVID-19 pandemic has shown how woefully inadequate the country’s health care and public health system has been in protecting the nation’s health,” The Lancet Editor-in-Chief Dr Richard Horton said. “The COVID-19 pandemic has exploited existing health and social inequalities and nowhere is this more apparent than in the USA.”

“Americans’ health was deteriorating even as our economy was booming,” said Dr Steffie Woolhandler, who co-chairs the Commission with Dr David U Himmelstein — both serve as Distinguished Professors at the City University of New York at Hunter College and Lecturers in Medicine at Harvard. “This unprecedented decoupling of health from national wealth signals that our society is sick. While the wealthy have thrived, most Americans have lost ground, both economically and medically. The Biden administration must reboot democracy and implement the progressive social and health policies needed to put the country on the road to better health.”

While the Commission initially intended to focus narrowly on the health effects of the Trump administration, its analyses revealed that deep-seated problems that preceded Trump had undermined health and set the stage for his political ascent.

The Commission concludes that Trump exploited low- and middle-income white people’s anger over their deteriorating life prospects to mobilise racial animus and xenophobia; he then enlisted their support for policies that benefit wealthy individuals and corporations and threaten the health of most Americans, including Trump’s supporters.

“The Commission highlights how racial disparities in health have grown in the last four years, especially as COVID-19 has taken its grim and unequal toll in Black, Latinx and Indigenous people,” said Dr Mary T Bassett, Commission member and Director of the FXB Center for Health and Human Rights at Harvard University.

The Commission found that Trump’s actions added 2.3 million to the 28 million US residents who were uninsured when he took office, with coverage losses concentrated in minority communities and among children. An additional 726,000 children became uninsured during his time in office. Meanwhile, he augmented the flow of public funds through private insurers, who now derive most of their revenues from government programs, raise Medicare’s costs by an estimated $24 billion annually and have garnered record profits during the COVID-19 pandemic.

Commission member Dr Adam Gaffney, a pulmonary and critical care specialist at Cambridge Health Alliance and Harvard Medical School said, “Our ICU is the last stop for many patients harmed by Trump’s disdain for facts, science and compassion. But decades of healthcare inequality, privatisation and profiteering set the stage for these tragedies. Our Commission has concluded that single payer, Medicare for All reform is the only way forward.”

The Commission cites Trump’s acceleration of global warming through encouragement of fossil fuel combustion and withdrawal from the Paris Climate Agreement as perhaps his longest lasting harm. It details his roll back of at least 84 separate environmental and workplace protections. Ironically, US states that Trump won in 2016 and 2020 have suffered the greatest increases in pollution and in deaths from environmental and occupational causes. In 2019 alone, the Commission estimates that 22,000 more Americans died from environmental and occupationally related causes than in 2016, the first time such deaths have increased after 15 years of steady progress.

The Commission recommends immediate executive actions, including some that President Biden has already taken, such as the revocation of Trump’s Muslim ban and rejoining the WHO and Paris Climate Agreement.

A comprehensive list of recommendations — many of which will require Congressional approval — can be found in Panel 6 of the research paper.

Writing in a linked Comment, David Blumenthal, President of the Commonwealth Fund and Margaret Hamburg, Vice President of the Nuclear Threat Initiative and former Commissioner of the U.S. Food and Drug Administration (FDA) commented, “The Commission’s critique of US health care is broad, deep, and innovative. It provides a thorough review of the presidency and administration of Donald Trump and the many destructive executive orders he signed, which have led to, among other things, loss of health coverage for millions of US residents. The report could serve as a starting point for the corrective actions and policies of the new administration of President Joseph Biden and Vice President Kamala Harris.

“The hard fact is that the way to healthcare reform in the USA requires political activism of the most basic kind, something that is far beyond the comfort zone of many health professionals. Should that work — by health professionals and others — prove successful, buttressed by the copious and compelling evidence in this Commission’s report, the USA could be repositioned to address the fundamental roots of our healthcare crisis, which often arise from inequalities in income, education, nutrition, housing, justice and employment opportunities available to Americans.”

The Lancet Commission on Public Policy and Health in the Trump Era was formed following the publication of The Lancet Series on US health and health care (April 2017) https://www.thelancet.com/series/america-equity-equality-in-health. The Commission used data from original analyses, published studies, legal documents, news reports, and government websites, and the report was peer reviewed and published in The Lancet.

Workforce has been a perennial problem for the aged-care sector for too long.

An anti-competitive environment is impacting the supply chain