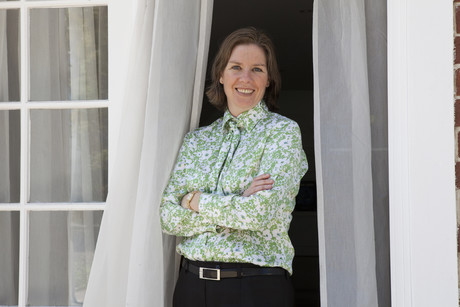 As Johnson & Johnson Medical Devices ANZ’s first female Managing Director, Susan Martin is keen to see other women in healthcare leadership climb the ranks. She speaks with AHHB about why female managers need to stop placing constraints on themselves.

She is forever having conversations with female leaders in the business, particularly of child-bearing age, who are putting restraints on themselves. “They say: ‘I can’t go for that job, that won’t work because I’ll have a child next year.’ But if you ask them where it’s coming from, it’s from themselves,” Martin said. “Women put constraints on themselves without actually asking such questions as: ‘Could I do that job part-time?’”

Martin speaks from experience. When she was pregnant with her first child, she was worried about telling her boss and what it would mean for her career. Her stomach grew bigger and bigger, and by 18 weeks she couldn’t hide it anymore. Prior to meeting with her manager, she prepared all the reasons why she couldn’t go for a promotion that they’d discussed.

“All of them were unfounded,” Martin said. “The first thing my male boss said was: ‘Excellent, congratulations! Ok, let’s think about how we can still make this happen.’”

When Martin was just 14, her mother had a stroke; it was a life-changing moment that motivated her to become a nurse. That, and a desire to travel the world. Nursing gave Martin the opportunity to fulfil her passion for both health care and travel, her skills being put to use in Australia, London and New Zealand.

Six years into her nursing career, Martin was working in Epworth Hospital, Melbourne, in the cardiac catheterisation laboratory where her interest was piqued by all the new technology and innovation. So when an opportunity arose for her to take on a sales role with Johnson & Johnson (J&J), she seriously considered it. J&J was a highly regarded, reputable company, deep in innovation — it seemed like a safe bet.

But she had a back-up plan. “I said to my nurse unit manager: ‘I really want to take this opportunity but will only do it if you promise that if I don’t like it, you’ll have me back,’” Martin said. Her nursing manager said yes, and 19 years later, Martin hasn’t looked back. 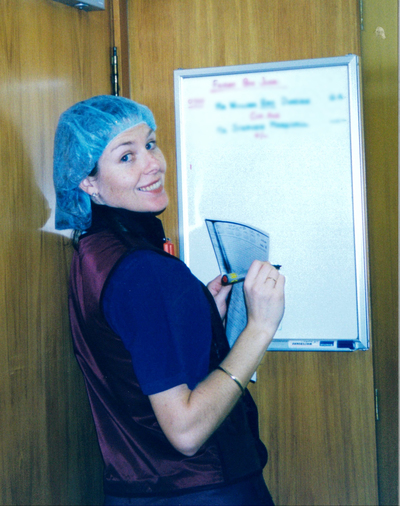 Martin in her nursing days, writing up the patient list for the next day's procedures at Intra Care (formerly Mercy Angiography), in Auckland, New Zealand.

In both nursing and at J&J, Martin has been fortunate to have a number of both formal and informal mentors, providing insight and perspective with a pragmatism borne from experience.

“Initially we all feel a bit bulletproof and that we can do everything ourselves. But the reality is — especially as you move up the organisation with bigger spans of control — that this is clearly not the case,” Martin said. “Being able to say ‘I need help, or I don’t understand’ certainly doesn’t go astray.”

Now Martin is paying it forward as executive sponsor of the J&J Women’s Leadership & Inclusion Program for Asia Pacific, a role she’s held for 18 months.

She is proud of their progress to date, with the region’s leadership program more than doubling in size since she took on the role. J&J runs mentorship programs, seeks to attract women from science, technology, engineering and mathematics (STEM) backgrounds at universities, and even has a fathers and daughters program launching in 2019, aimed at showing J&J fathers the critical role they play as their daughter’s most important male role model, and how they can help set them up for their future career success.

“It’s very much strategy led, under our three pillars of advancement, inclusion and community; it involves our male allies and looks at how we can advance our women, whether it be through mentorship or supporting them through major life events,” Martin said. 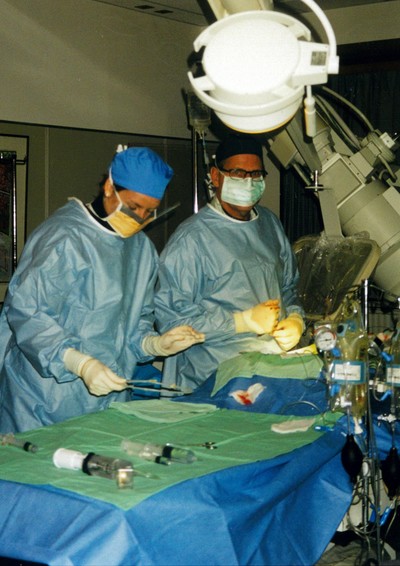 Martin as a scrub nurse during a coronary angioplasty at Intra Care.

While J&J Medical Devices APAC has more female than male employees, as they climb the ladder into management those percentages change. “It’s a work in progress, but we’re pleased with how we’re going,” Martin said.

She points out that her career at J&J has received strong sponsorship from men in senior leadership positions, and that she has not been impacted by the perceived ‘glass ceiling’ that many women experience. “I’m not saying we’re perfect, but I feel very fortunate to be in a company like J&J.”

Martin believes women can somewhat influence the glass ceiling by being true to themselves. “I think women need to absolutely understand the role that they play in terms of being their authentic self,” she said.

“There is nothing worse than [a woman] trying to be a man in this world. You need to be true to yourself from that regard.” 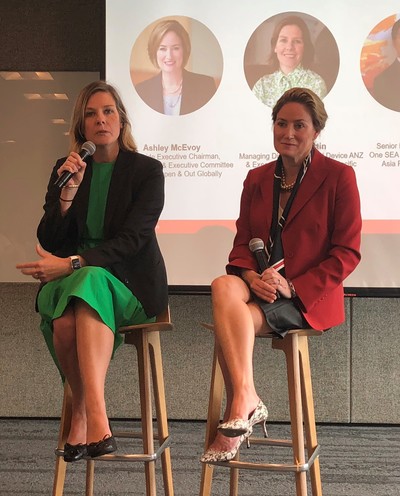 “For example, late night calls at 3 am — do we need to do them all the time? Sometimes you can say no. And sometimes you need to say no to the kids; I can’t be at every single event, but I’ll absolutely be at the ones that are important,” she said.

“Do I get it perfect? No, absolutely not. But I do the best that I can, like most working mothers do, and hope I get it right more often than not.” 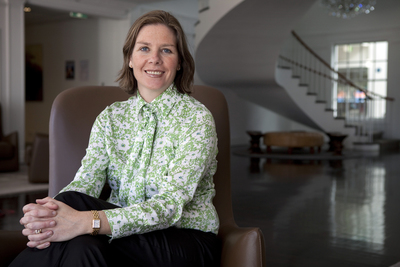