More than half of Australian nurses and doctors feel burned out 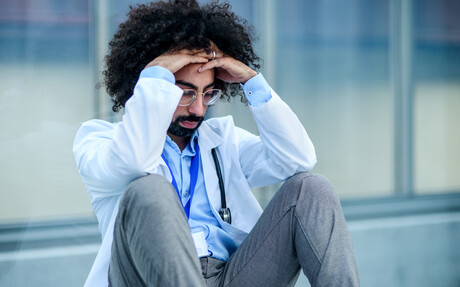 A study examining burnout exposure and the mental health of practitioners and nurses reveals widespread feelings of exhaustion, with healthcare bureaucracy cited as a key factor of overload.

The study was conducted across 10 countries, including Australia, by Nuance Communications in partnership with the Healthcare Information and Management Systems Society (HIMSS). The results are published in the white paper ‘From overload to burnout. What clinicians think’.

The findings show that 97% of participating doctors and 99% of participating nurses across the 10 markets confirmed that they felt burned out at least once in their career, and most (88%) agreed that COVID-19 had exacerbated feelings of exhaustion. A majority (58%) of Australian nurses and doctors who responded to the survey said that their job leaves them feeling burned out. This is below the highest levels of burnout seen in France (67%) and the Nordics (63%), but slightly above that of Benelux and Germany (55%).

There is scientific evidence that working more than 40 hours per week increases chances of feeling burned out, but with one in five nurses (20%) and one in three doctors (35%) saying they work over 40 hours a week, Australia ranks among the countries with the lowest national figures in the study. To compare, around two-thirds of respondents acting as doctors in hospitals and GPs work more than 40 hours a week in France (63%) and Benelux (67%), and more than half in the Nordic countries (54%).

Clinicians from all countries taking the survey said that administrative workload is the number one contributor to their feeling of exhaustion/overload. In Australia, almost one in two (46%) respondents agreed that clinical documentation is a burden that significantly contributes to exhaustion and burnout among their professions, which is below France (56%) and the Nordic countries (63%), but above Benelux (45%) and Germany (32%).

There are a wealth of digital tools and processes available for healthcare organisations to streamline bureaucracy in the sector. However, as Dr Simon Wallace, Chief Clinical Information Officer at Nuance’s healthcare division explains, identifying the right tools and making sure they’re widely and quickly adopted can be challenging.

“This is why a technology assessed and tailored by clinicians themselves to meet their need will be more successful. They’re the best positioned to ensure the technology won’t defeat the purpose by adding complexity and extra time and will fit efficiently in their day-to-day and improve health outcomes. Moreover, there needs to be clinical champions who are the bedrock for adoption, and who can be in charge of training, and help other clinicians when they face issues with the technology,” Dr Wallace said.

The full report examines factors that reduce the risk of burnout, relating to:

The level of remote consultations that Australian respondents claimed they conducted during the pandemic is proof that when the technology is relevant and improves healthcare outcomes, Aussie doctors are likely to adopt it. They were the biggest users of remote consultations during the pandemic (58%) compared to their counterparts in the Nordics (57%), France (50%), Benelux (36%) and Germany (28%).