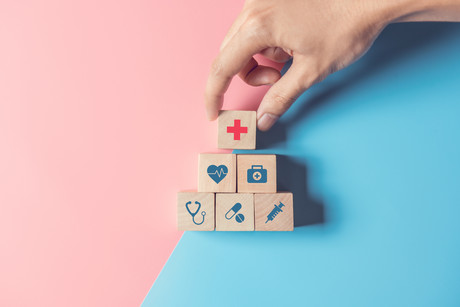 This is one of the key messages in APHA’s Federal Budget Submission, which reports that effective incentives will promote private health insurance uptake and mean more Australians can access the private hospital care they value.

APHA CEO Michael Roff called on the federal government to restore the Private Health Insurance Rebate to 30% for Australians in the lowest income tier.

“Low-income Australian households face a double whammy of increased premiums and reduced rebates when it comes to private health insurance,” he said.

“Every year the value of their rebate goes down, while their private health premiums increase.

“This doesn’t pass the fairness test, nor does it achieve the aim of the rebate — to incentivise Australians to take up private health insurance.”

“This practice is punishing patients who can’t afford private health insurance. They suffer with deteriorating health on elective surgery waiting lists as public hospitals push the privately insured ahead of them. Add to that, it is also a perversion of Medicare — care based on clinical need, not ability to pay,” Roff said.

“If this practice stopped, private health insurance premiums would drop by 6%.”

The submission also calls for a default benefit for alternatives to inpatient treatments including day, community-based, home-based programs for rehabilitation, mental health and palliative care. Not only would this provide patients with more options for accessing care, it would also lower the overall cost to the health system.

“Private hospitals have developed a range of innovative programs that would reduce costs and improve outcomes for patients. These include services like chemotherapy in the home, ambulatory cardiac rehabilitation, rehabilitation in the home and hospital in the home as part of an early discharge service,” Roff said.

“However, the majority of health insurers refuse to financially support such programs provided by hospitals. Instead, they pay for services provided by themselves and a small number of community providers and direct their members to these services.

“Providing default benefits for these services would allow hospitals to expand and integrate services across the continuum of care. This would increase patient choice and reduce the risk of avoidable readmission,” he said.

The APHA submission also calls for:

For too long now, clinical trials in Australia have taken place to significantly varied...