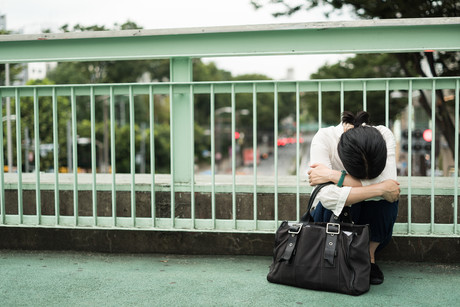 An independent report into the practice of Dr Emil Gayed has revealed failures by both the doctor and the health system to protect his patients from harm. We review the report outcomes, and their implications for hospitals.

Despite years of complaints from both health practitioners and patients, disgraced gynecologist and obstetrician Dr Emil Shawky Gayed continued to practice. In recent weeks, Gail Furness SC handed down two independent reports1,2 detailing how both Gayed and the health system failed dozens of women, who suffered “unnecessary removal of organs, unnecessary or wrong procedures, and perforations of organs” while under the care of Gayed in a variety of hospitals.

In media interviews, Gayed has maintained that his patients were “misinformed” and that “complications can arise from any surgery”. However, it was found by the NSW Civil and Administrative Tribunal that Gayed had engaged in Professional Misconduct. The NSW Health Care Complaints Commission (HCCC) presented complaints that, amongst other things, Gayed had operated on a women failing to identify that she was pregnant, then offered to pay for a termination of the patient’s pregnancy and associated travel expenses. Another complaint alleged that he had failed to obtain informed consent for a hysterectomy that the patient had opposed, and then undertook the surgery that was not clinically indicated in an inappropriate setting for the high-risk, surgically complex patient. The Tribunal accepted all but one of the particulars of the 13 separate complaints.

At this point more than 50 women have been referred to the HCCC for fresh investigation. More than 250 women have made contact with authorities regarding their care under Gayed. Gayed has voluntarily deregistered himself and is now facing potential civil legal action and a potential police investigation for his conduct over the past two decades.

Gayed now joins his colleague Graham Reeves — known in the press as the ‘Butcher of Bega’ — as a source of significant harm to women over the course of his decades of practice as an obstetrician and gynaecologist.

Appointed across multiple hospitals in the public and private sector, Gayed had worked at Grafton, Canberra, Cooma, Manning, Kempsey and Mona Vale hospitals, as well as Delmar Private Hospital. In each setting his work raised significant red flags, was investigated or referred. As Furness found in her reports, this led to his work having been ‘effectively terminated’ at Delmar Private Hospital, Cooma and Mona Vale.

His lack of skill was no secret. At one point, an investigation by a hospital and local health district found that Gayed had “no competence” in key diagnostic skills, while demonstrating “borderline surgical skills for a senior gynaecologist”. The same review uncovered a pattern of his undertaking multiple operations on patients, noted his tissue handling, knot-tying and infection control was substandard.

Formal complaints had been raised about Gayed almost every year between 1999 and 2016. This included complaints from health practitioners as well as patients themselves. And yet, Gayed was able to continue to work — with almost no clinical supervision, after multiple complaints and reviews regarding his performance.

It is not only Gayed’s own performance failures that are at the heart of this sorry saga. Furness rightly points to the failure of hospitals like Manning Rural Referral Hospital in Taree to carry out checks of Gayed’s registration or to perform background checks with regulatory bodies.

In the end, according to Furness, “staff became de-sensitised to his poor performance” while Gayed structured his practice to evade what little oversight there was. Most recently, Gayed was appointed as a Visiting Medical Officer (VMO) at Manning Hospital where he would consult in his private rooms, perform surgery at the hospital and provide after-care in his rooms. The hospital had no access to his own private medical records, results or investigations, nor were they shared. Some patients were even reported to have been encouraged by Gayed not to attend Manning Hospital should complications arise, further isolating patients and preventing even informal oversight by colleagues in the hospital.

Reviews of quality and safety failures have been criticised for engaging hindsight bias. Hindsight, however, is the only way for a system to see its failures, to learn and potentially to improve; and in this case, Furness’s vision is ‘20/20’.

Anyone interested in the quality and safety of our services — or with responsibility for managing performance — should read the reports in full. For those with less time, a quick read of Furness’s four pages chronology of these events is enough to give a sense of the absolute mess that was the response by regulators, hospitals and managers to Gayed’s continued and well-documented failures to deliver care at a level of safety and quality that patients and we in the system expect.

Furness made a series of observations and recommendations for action. NSW Health has implemented a range of changes off the back of her recommendations, and private hospitals and other healthcare providers should also follow suit.

Furness recommended that incident reports (IIMS) be monitored at a local health district level, to ensure that patient safety issues related to a particular clinician are reviewed in the aggregate rather than as individual reports are made. NSW Health has begun a review of governance processes to embed this process. Private hospitals and day surgeries should also start undertaking this kind of aggregate monitoring.

Furness observed one significant barrier to the effectiveness of this monitoring process: “Doctors did not record concerns [about Gayed] on IIMS at all and the nurses did so selectively.” This is an intractable problem with incident reporting, but monitoring should continue regardless. There is already a range of programs monitoring the quality of surgical and other specialties operated by colleges too — and perhaps taken together these are paths towards early monitoring and raising a ‘red flag’.

The question of monitoring also extends to Furness’s call that public hospitals establish mechanisms to ensure they have access to sufficient information about patients treated by VMOs as private patients, using public facilities. In short, the test should be that the public system can ensure that “the procedures are being performed to an appropriate standard”. Challenges included access to medical records and results from Gayed’s private rooms.

Logically, the same should apply to information flows between VMOs with rights at private hospitals and day surgeries and the patients’ medical records held by those private facilities. Furness put it simply: “sufficient information” should be provided to ensure that care provided outside of the hospital context is appropriate.

Finally, Local Health Districts were recommended to identify circumstances where services were provided by one or very few practitioners, especially in non-metropolitan contexts. Practitioners providing these services are a single-point risk and need systems of external oversight.

Many of these recommendations may have been covered by the medical registration revalidation processes proposed by the Medical Board of Australia — at least in their earlier proposed form. They may still be.

The final lesson of Furness’s reports is that hospital staff should not rely too heavily on the registration and disciplinary systems to provide oversight and impose conditions or correction of performance. There remains a significant level of responsibility on all health practitioners, managers and colleagues to proactively manage clinical risk and the safety and quality of health care at the local level, within their own teams and among those they work with.

*Dr David Carter is a Senior Lecturer in the Faculty of Law at UTS, where he focuses on the legal, regulatory and governance challenges involved in the delivery of safe, effective and sustainable healthcare services. At present, he teaches and writes on the regulatory practice of health law, public health law and criminal law, applying theoretical and empirical methods in aid of advancing legal and regulatory strategies for reducing the burden of healthcare-related harm and death.