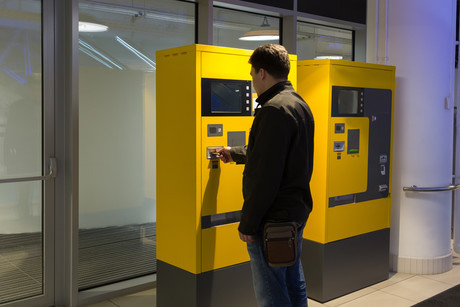 AHHB reported in October last year on the unfair parking fees being charged to long-term patients and visitors at NSW public hospitals.

In response to a widely supported campaign featuring the concerns of long-term patients such as 14-year-old Gidon Goodman, Premier Gladys Berejiklian and Health Minister Brad Hazzard have announced that more patients and carers will now be able to access public hospital parking concessions from July 2017.

“These changes will positively affect the lives of hundreds of thousands of people and will be life changing for those who have been the victims of hospital parking in the past,” Gidon said.

“This policy will ensure fair and consistent concessions state wide in all hospitals,” he added.

Under the new arrangements, the NSW Government estimates that patients who need the most support will save as much as $200 a week on public hospital parking fees.

In an example provided by the NSW Government, a patient suffering from a rare blood disorder and requiring daily transfusions at St George Hospital would pay $21.20 per week under the new policy, instead of up to $231 per week where no concession has been applied.

Similarly, parents who have to stay with their chronically ill child through the day at Sydney Children’s Hospital, Randwick, would pay $21.20 per week instead of $196 per week.

Concessions are also expected to be extended to every public hospital car park in NSW where fees are applied, including those run by private operators.

“These are significant changes that will result in real savings for the patients and families who need it most during the toughest times,” Berejiklian said.

The new concessions are expected to be implemented from July 2017, following negotiations with parking providers.

Hazzard said, “These changes will make parking concessions at NSW hospitals the most generous in Australia.”

“We will now negotiate with private car park operators to ensure the contracts ... are fairer,” he said.

Other important changes to the policy include simplifying the concession application process in each local health district and better communication with patients and their families.

Each hospital would display signage in car parks advising patrons of concession rates available and how to apply for them.

This information would also be available on all local health districts’ websites and in pamphlets made available in the hospitals.

NSW Health is also developing a smartphone app that will make it easier for hospital visitors and patients to access information about car parks at public hospitals.