Climate change — the risks and opportunities for healthcare 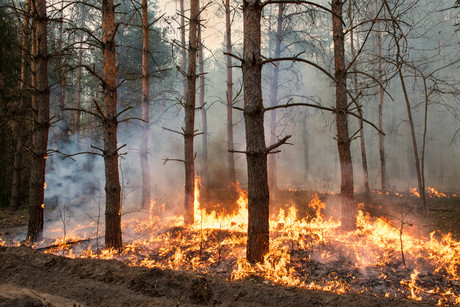 David McEwen, author of the new book Navigating the Adaptive Economy, shares his views on the challenges climate changes poses to healthcare and outlines the key opportunities that exist to reduce the impact.

We are already starting to experience the impacts of climate change and the healthcare sector will be right in the firing line, requiring adaptation to assist with prevention and care.

2014, 2015 and likely 2016 each set new global average temperature records.1 While there is still natural variability in the climate system, the long-term warming trend is clear.2 Here are some of the likely impacts:

Heat-related illnesses and deaths from exposure to extreme temperatures will increase. This will particularly impact on people who are more susceptible to heat stress and dehydration.

Heatwaves are already a leading cause of death compared to other types of natural disasters. For example, the 2009 Victorian bushfires resulted in half the number of fatalities as the excess mortality associated with the heatwave that led up to it.3

A warming climate leads to other forms of extreme weather including storms, drought and flooding. Water supply contamination during extreme precipitation and flood events is a growing risk. The Brisbane floods in 2011 led to the temporary closure of one of the main water treatment plants as the incoming water was too muddy to be treated.4

More generally, a rise in the frequency and/or intensity of extreme weather events may result in greater injuries/illnesses and demand for emergency services.

Tropical, insect-borne diseases will spread to areas in higher altitudes and higher latitudes as it becomes warmer. Insect carriers of such diseases thrive in the tropics because it is warm overnight and all year round, meaning no die-off in cooler months as is common in temperate climates.

Additional health risks will arise from the greater expected incidence of bushfires5 (and lightning strikes6).  For example, during the summer of 2010 an estimated 55,000 people died in Russia from a combination of a severe heatwave and smoke inhalation from a resultant series of major bushfires.7

Given these challenges, public healthcare is likely to experience significant stress. However, opportunities abound for private suppliers. Key opportunities to reduce these impacts include:

Transitioning the world’s energy system from coal, oil and gas to renewable sources such as wind and solar will help reduce ground-level air pollution, which should lead to a decline in some respiratory illnesses.

Meanwhile, the electrification of the transportation sector will be accompanied by the rise of autonomous (self-driving) private and commercial vehicles. In time, this is likely to have a beneficial impact on rates of road fatalities and injuries, reducing pressure on emergency services, care and rehabilitation.

3. “In the heatwave that preceded the Black Saturday bushfires, heat killed 374 people6 — more than double the fires themselves.7  There was a 46% increase in emergency cases at hospitals across the state, including a 2.8-fold increase in cardiac arrest cases.” from http://environmentvictoria.org.au/our-campaigns/sustainable-living/victoria-heatwaves-climate-change-2/

7. “At least 56,000 people died as a result of heat and air pollution, making it the most deadly natural disaster in Russia’s history” from https://www.munichre.com/site/touch-naturalhazards/get/documents_E2075921672/mr/assetpool.shared/Documents/0_Corporate%20Website/6_Media%20Relations/Press%20Releases/2011/2011_01_03_press_release_en.pdf (p2)

David McEwen is a Director at Adaptive Capability, providing strategic advice to help businesses create and preserve value in the face of climate change. He is also the author of the new book ‘Navigating the Adaptive Economy’.

In her presentation, Chief Nursing and Midwifery Information Officer Kate Rezenbrink will discuss...

Devices like wristband and label printers are crucial for accuracy and efficiency in patient...