Are you at risk of prosecution? 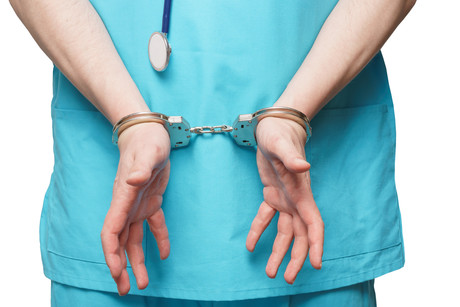 The recent criminal conviction of Dr Hadiza Bawa-Garba for gross negligence manslaughter in the United Kingdom has been making headlines in Australia. Australian doctors were reported to be “disturbed” and “dumbfounded” by the conviction.

Many expressed concern that it ‘could be them’ next, because the death in question occurred after what has been described as “a typical day” working in a hospital system under strain: Bawa-Garba had just worked a 13-hour shift, she was covering staff shortages, her usual consultant was away, the ‘covering’ consultant was more than 30 minutes away while the IT system was down.

Whether this is a ‘typical’ day in the Australian healthcare system is up for debate. However, what isn’t up for debate is the serious conflict that arises between a health practitioner’s duty to their patient and an environment where hospital and health services fail to provide sufficient resources and systems to support the exercise of that duty.

The case presents an opportunity to clarify the criminal aspects of the case, and especially to understand the Australian history of prosecuting the same offence in the hospital and healthcare setting.

No health practitioner should be blamed for being anxious about the potential for a manslaughter prosecution — after all, in Australia, we lack even the most fundamental information about criminal law’s actual use in the healthcare setting. It’s not widely known how many criminal prosecutions have taken place in Australian jurisdictions for medical manslaughter. Nor do we understand their facts, contexts or findings, so in the absence of good information about the frequency of prosecution, we naturally import anxiety about events overseas.

But with the help of some recent research, we can start to fill out the picture a little better. For one, if history is any guide, Australian doctors are simply not at risk of undue manslaughter prosecutions being launched against them. The number of medical manslaughter prosecutions in Australia is tiny. Moreover, they are almost always unsuccessful. Until recently, only five prosecutions have been known to have been launched over the past two centuries in Australia: Dr Valentine (1842), Dr Reimers (2001), Dr Pegios (a dentist) (2008), Dr Ward (2009) and Dr Patel (2010). My recent archival work reconstructing the history of medical manslaughter in Australia turned up another 33 attempted prosecutions, and even then, not all even made it to trial. In total, this still leaves us with fewer than 40 attempted prosecutions that we know about, stretching all the way back to 1839.

Second, it is important to note the severity of the failures of care involved. In each successfully prosecuted case the failures were of a fundamental nature, not merely unfortunate. This is true of old cases and new. Perhaps most notable in this regard is the 1864 case of Dr Hornbrook. Hornbrook administered a medicine (sulfuric acid) at some 13 times the maximum dose. As described by witnesses, Hornbrook was so drunk “he could not walk straight” at the time. He was found guilty, and served approximately one month of his two-year sentence before he received a pardon from the Governor. Notably, the pardon followed post-sentence lobbying of the trial judge by the local private medical fraternity of Goulburn, where Hornbook had practised; a campaign to which a letter to the local newspaper by an anonymous ‘lover of justice’ attests. More contemporary cases follow the same pattern of failures in fundamental duties; Pearce, for instance, had administered 15 milligrams of morphine to a 15-month-old child — the correct dosage was 1.5 to 3 milligrams. It was reported that she had failed to take a medical history of the child, nor advise the child’s parent of the type of drug being administered or any risks associated with it.

In more contemporary cases, the pressures of the professional context have been taken into consideration. In the case of Dr Gow (2006) for instance, Gow mistakenly prescribed five ampoules of morphine tartrate to his patient instead of the less potent morphine sulfate. The patient, who was to self-administer this substance as part of a pain management regime for chronic back pain, died after injecting 120 milligrams of the substance. Gow admitted he had failed to prescribe the correct substance and had not provided the patient with dosage instructions. He pleaded guilty to manslaughter. Gow was described by the trial judge as deeply remorseful, and in choosing to suspend his jail sentence, the trial judge noted the failure of systems designed to stop such a “catastrophic” medical error, including review by the dispensing pharmacist. This was, according to the trial judge, “not to excuse Dr Gow’s errors … but … to recognise that people, even professional people make mistakes”.

It has repeatedly proven difficult in Australian courts to convict a doctor of negligent manslaughter, and even where they have, the conviction is made while expressing a strong sense of mercy. Nevertheless, criminal law — and especially offences like manslaughter — has always served important purposes. For one, it has been expressive of something important; it expresses to society something about the acceptable standards of behaviour and reinforces the value of human life. So when, on Radio National, Dr Norman Swan recently asked Dr Andrew McDonald, a paediatrician at Sydney’s Campbelltown Hospital, whether the Dr Bawa-Garba case would change his medical practice, Dr McDonald responded, “Absolutely … [t]his [case] absolutely confirms that every child [in hospital] should be seen every day [by a doctor] at consultant [or ‘specialist’] level as didn’t happen in this case. And if you are in a hospital where your Consultant is more than 30 minutes away, you are not providing safe care.”

It may be difficult and thankfully very rare for a conviction of manslaughter by criminal negligence to be successful in Australia, but Dr McDonald’s sentiment seems to demonstrate one of the powerful effects of the criminal law: that it signals to society the acceptable standards of behaviour and reinforces the value of human life, even in the face of difficult, even very difficult, environments. 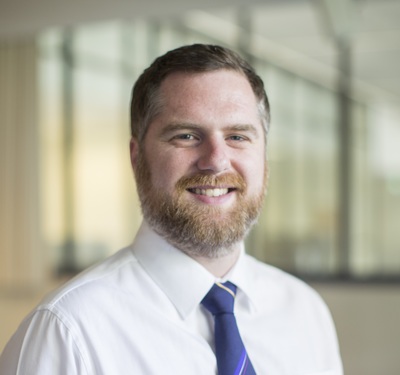 *Dr David Carter is a lecturer in the Faculty of Law at UTS where he focuses on the legal, regulatory and governance challenges involved in the delivery of safe, effective and sustainable healthcare services. At present, he teaches and writes on the regulatory practice of health law, public health law and criminal law, applying theoretical and empirical methods in aid of advancing legal and regulatory strategies for reducing the burden of healthcare-related harm and death.