How many more Australian healthcare workers have to sustain a needlestick injury before safety engineered devices become routine? 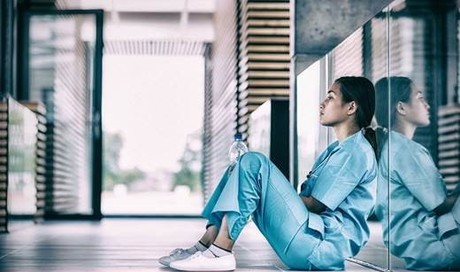 A decade has now passed since the annual number of needlestick injuries (NSIs) among Australian healthcare workers (HCWs) was identified as more than 18,500 per year.1 At the same time calls were made for widespread policy reform including routine NSI monitoring and mandated use of safety engineered devices (SEDs).1 This brief report discusses Australian and international drivers, impediments and progress in prevention of occupational needlestick injury. It also embraces innovation in applications to better understand local NSIs and predict the organisational impact of investing in SEDs.

Australia remains one of the few developed countries without legislation or jurisdictional directives mandating comprehensive adoption and use of SEDs.2 Healthcare workers in other similar countries or regions with longstanding infection control and prevention, including the United States3, some Canadian provinces4 and Europe5 are all protected against NSIs by regulation mandating the use of SEDs. Other Asian countries including Korea6 and Japan7 have also recognised benefits in adopting SEDs rather than continuing to use traditional sharp needles and objects.

Despite the absence of a standardised national surveillance system for measuring the incidence of NSIs among Australian HCWs, proxy measures such as The Australian Council on Healthcare Standards (ACHS) most recent report of clinical indicator data for 2009–2016 indicate the overall rate of NSIs remains constant. Data over the eight-year period indicate that healthcare organisations have on average reported 4130 parenteral exposures each year. A parenteral exposure means any piercing of skin or mucous membrane with a contaminated sharp. 8,9

In reviewing the ACHS data it is important to recognise that HCWs consistently underreport NSIs by up to 80%.10 Also, healthcare organisations voluntarily participate in accreditation and submission of annual data to the ACHS. These organisations represent only a proportion of Australian acute healthcare facilities and exclude HCWs using sharps in long-term residential care facilities, first responder roles and commercial outpatient settings such as private specialist and diagnostic procedural rooms. As such, it is likely the ACHS report significantly under-represents the actual incidence of NSIs among all Australian HCWs.

Regardless of the absence of accurate NSI data, it is apparent that without the mandated use of SEDs Australia continues to experience significant numbers of occupational percutaneous exposures including NSIs. Paradoxically, to date many Australian healthcare organisations have resisted the removal of traditional non-safety sharp devices and replacement with SED alternatives.2

Ironically, a key argument offered in response to suggestions that SEDs will reduce the incidence of NSIs and associated assessment and follow-up cost is the cost of the SEDs themselves. Typically, SEDs cost more per-unit than their non-SED equivalent. Calculating the true cost of a NSI is complicated. Experts agree the total cost of NSI postexposure management includes both direct (laboratory, pharmacy, counselling, treatment and administrative) costs and indirect (loss of work time, emotional and psychological impacts) costs.6 In fact, work undertaken by The Alliance For Sharps Safety and Needlestick Prevention In Healthcare2 and an economic evaluation conducted by the Medical Technology Association of Australia indicate the adoption of SEDs in all Australian hospitals would realise an average annual cost saving of AU$18.6 million for uncomplicated NSIs and potentially AU$36.8 million if antiviral post-exposure prophylaxis and hepatitis C treatment were included.11

Given the unrelenting number of NSIs occurring among Australian HCWs and the ongoing reluctance of healthcare organisations to adopt SEDs in the absence of legislation mandating their use, it was perhaps always inevitable that innovation would be necessary to help decision-makers better understand, at a local level, the necessary investment and anticipated returns from implementing SEDs. It is therefore with much excitement we await the launch of new, promising applications from other stakeholders committed to making Australian healthcare safer by reducing the incidence and cost of NSIs. Until that time, we again ask: How many more Australian healthcare workers have to sustain a needlestick injury before SEDs become routine?

Disclaimer: Assoc. Prof Cath Murphy RN, B. Photog, MPH, PhD, CIC is a consultant to multiple medical manufacturers globally including BD Australia. Views expressed in this article are the author’s own.

In many facilities the assumption is that hospital cleaning staff perform the majority of the...

The O2matic PRO solves the issue of the labour-intensive titration of oxygen flow...