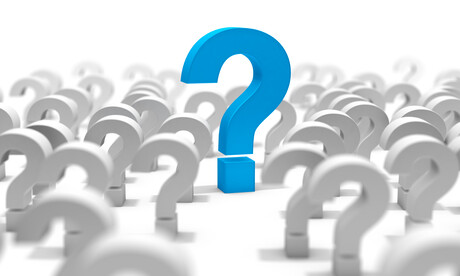 What are the most common approaches to drying ultrasound probes and what is the most effective method?

Some facilities take a high-level disinfected probe and immediately store it in a sheath or hang it to dry. By leaving a wet ultrasound probe to dry on its own, you might completely invalidate all the care taken to disinfect the probe. This must not be done; a wet probe allows airborne contaminants to stick to it and fosters the growth of spores and bacteria. It may even lead to the development of biofilm. This puts patients at risk of contracting a healthcare-associated infection (HAI). If a wet or damp probe is stored in a sheath, the sheath becomes an incubator and creates the perfect environment for the growth of bacteria.

Another common practice is to dry probes before storage, but with materials that are unsuitable for the purpose. Paper towels are often used, but many do not realise just how abrasive a paper towel is on the delicate shaft and lens of a probe. Paper towels are made of, you guessed it, paper. Paper is made of wood. When a paper towel is wiped along the surface of a probe, those tiny shreds of wood are scratching and damaging the shaft’s surface and the lens of the probe, degrading image quality over time.

Additionally, paper towels are not individually wrapped and are often handled by various individuals before arriving at dispensers for use. As a result, they may introduce bacteria to the probe’s shaft, making it a health hazard. Paper towels leave lint behind, making them problematic as the next patient does not need paper towel fragments introduced into their body.

Some facilities employ the use of gauze. Being typically made of soft cotton fibres, damaging the probe surface is not a concern here. Gauze also tends to come individually wrapped and is contaminant-free, lowering the chances of introducing a new contaminant. The gauze, however, will not slide down the shaft smoothly, which could lead to frustration and improper drying.

The gauze also presents the issue of lint. As anyone who has ever had gauze put over a wound knows, cotton fibres quickly get stuck in a wound, causing pain and discomfort. The same principle applies to the probe shaft: cotton fibres are left behind for the next patient to ingest; not the desired option.

A reusable sponge is sometimes employed to wipe away excess moisture from an ultrasound probe before storage. Sponges have the advantage of being non-abrasive while not leaving behind lint or fragments on the probe. Sponges, however, have one significant disadvantage: they harbour bacteria and are hard if not impossible to decontaminate. As a result, wiping a high-level disinfected probe with a sponge is very likely to reintroduce bacteria to the shaft, making all efforts at disinfection pointless.

TOE probes need to be thoroughly dried before storage with a material that is non-abrasive, low lint, and free from contaminants. QwikDry Ultrasound Probe Drying Cloths are trusted by increasingly more facilities to dry ultrasound probes, and with good reason: QwikDry eliminates the issues associated with all the other drying methods.

QwikDry cloths are individually packaged and irradiated, ensuring they will not undo the work of high-level disinfection. The cloths are also engineered to have an ultrasmooth surface that will not damage the probe shaft. Lastly, they are low lint, removing fears that material from the cloth will find its way into an unsuspecting patient.