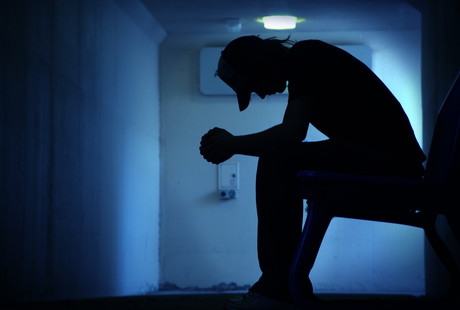 A young man died from inhaling deodorant spray while being treated in a drug rehabilitation clinic.

The 19-year-old was being treated for ketamine and cannabis abuse, and relapsed. In a bid to get high, he put a towel over his head and inhaled the spray from a deodorant.

He quickly became hyperactive, before going into cardiac arrest and collapsing. When basic life support and six rounds of defibrillation to the heart failed to revive him, he was admitted to intensive care and placed in an induced medical coma, later dying when doctors withdrew life support.

Common household products can be deadly

The young man’s case was reported on in the journal BMJ Case Reports, with authors warning of the dangers of inhaling deodorant.

Deodorant spray is one of several common household products, including paint thinner and hairspray, which contain substances that can be used for inhalant abuse.

The activity is popular among teens, particularly those from disadvantaged backgrounds, and may account for up to 125 deaths every year in the USA alone, the authors say.

Inhalant abuse comes in three forms: direct inhalation, known as sniffing; inhaling through a piece of clothing, known as ‘huffing’; and ‘bagging’, which involves using a plastic bag or balloon. Volatile solutions, aerosols and pressurised gases are all potential candidates for abuse, the authors say.

This report refers to just one case, the authors caution. But cardiac arrests after the inhalation of volatile substances have been reported for 40 years, they point out, with the first death associated with inhaling deodorant spray dating back to 1975.

“The main toxic substance in deodorant spray inhalation is butane. Butane is one of the hydrocarbons commonly used in propellants in sprayable household products,” they write.

“Hydrocarbons are lipophilic [fat soluble] and therefore easily cross the air-blood and blood-brain barrier. It [butane] dissolves into tissues with a high fat content such as the nervous system, fat tissue, liver and kidneys,” they explain.

Yet, they point out: “The misuse of volatile substances is one of the least known methods to attain an altered state by drugs.”

And young people with a history of drug misuse in isolated environments, such as drug rehab or prison, may be especially vulnerable because of the availability of household products, which they may be more inclined to abuse, they warn.