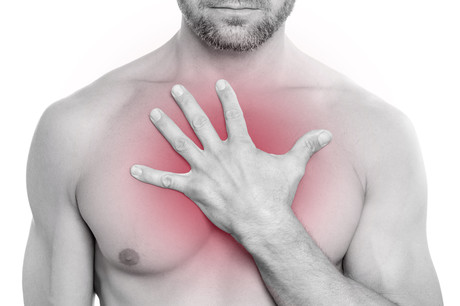 The risk of having a heart attack is 17 times higher in the seven days following a respiratory infection, researchers from the University of Sydney have found. Published in Internal Medicine Journal, theirs is the first study to report an association between respiratory infections such as pneumonia, influenza and bronchitis and increased risk of heart attack in patients confirmed by coronary angiography (an X-ray to detect heart artery blockages).

“Our findings confirm what has been suggested in prior studies: that a respiratory infection can act as a trigger for a heart attack,” said senior author Professor Geoffrey Tofler.

“The data showed that the increased risk of a heart attack isn’t necessarily just at the beginning of respiratory symptoms; it peaks in the first seven days and gradually reduces but remains elevated for one month.”

A second analysis was among those with symptoms restricted to the upper respiratory tract, which included the common cold, pharyngitis, rhinitis and sinusitis. Lead author Dr Lorcan Ruane noted, “For those participants who reported milder upper respiratory tract infection symptoms the risk increase was less, but was still elevated by 13-fold.”

“Although upper respiratory infections are less severe, they are far more common than lower respiratory tract symptoms. Therefore, it is important to understand their relationship to the risk of heart attacks, particularly as we are coming into winter in Australia.”

Associate Professor Thomas Buckley, study investigator from Sydney Nursing School, noted that the incidence of heart attacks is highest during winter in Australia and similarly peaks during this time in other countries around the world — “likely due in part to the increased incidence of respiratory infections”.

“People should take measures to reduce exposure to infection, including flu and pneumonia vaccines where appropriate,” he said.

So why would a respiratory infection trigger a heart attack in the first place? Professor Tofler suggested that possible reasons may include “an increased tendency towards blood clotting, inflammation and toxins damaging blood vessels, and changes in blood flow”.

“Our message to people is while the absolute risk that any one episode will trigger a heart attack is low, they need to be aware that a respiratory infection could lead to a coronary event. So consider preventative strategies where possible, and don’t ignore symptoms that could indicate a heart attack,” he said.