Vascular disease: five genes that may affect millions of women 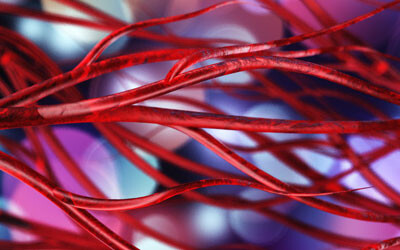 After comparing data from more than 1500 patients with fibromuscular dysplasia — or FMD — and around 7000 people without the disease, international scientists have identified five key genes responsible for this vascular disease.

FMD affects the arteries and can cause heart attack, kidney complications, stroke and aneurysm. Most women with FMD will have no or only mild symptoms, but in severe forms, the condition can be fatal.

This global study by researchers from Australia, the US and Europe — including the Victor Chang Cardiac Research Institute in Sydney and the Icahn School of Medicine at Mount Sinai in New York — led to the identification of five important genes responsible for FMD that may affect one in 20 women.

One of the lead authors, Professor Jason Kovacic, Executive Director of the Victor Chang Cardiac Research Institute, said, “Potentially, millions of women around the world are carrying subtle forms of this disease. Most will live their lives unaffected by FMD and won’t ever display a symptom, let alone a serious event like a stroke or cardiac arrest.”

“But there are women out there who do experience symptoms and significant problems from FMD which need to be managed and better diagnosed. Thankfully, this is the minority of FMD patients, but certainly, now that we are starting to understand more about this disease and how widespread it could be, we need to ensure clinicians are far better equipped to recognise and manage this problem.

“It seems that there is a trade-off between FMD and another very common vascular disease called atherosclerosis, which causes most heart attacks and many strokes. If you have subtle FMD, you are probably less likely to have atherosclerosis — so like most things in nature there is a complex balance in things.”

Chris Shaw, a 51-year-old FMD survivor and mother of two from Geelong, welcomed the study. Shaw spent years chasing a diagnosis for the disease which eventually cost her her kidney.

“My FMD was untreated and undiagnosed throughout my 20s and 30s. I suffered terrible migraines, nausea and vertigo, and sky-high blood pressure, which damaged my kidney so badly they could not save it.

“If I had been treated for FMD at the start of my illness, there is every chance I would still have my kidney and a whole host of other medical conditions could have been avoided. But despite having endless scans and seeing a number of experts, it was never picked up despite all the symptoms.

“I just want to ensure that other women out there don’t have to endure what happened to me. Now that we finally know the scale of this disease and have identified the key genes driving it, we are hopefully one step closer to being able to find a cure.”

Other lead authors in the paper include Dr Santhi Ganesh from University of Michigan and Dr Nabila Bouatia-Naji from Université de Paris.