UTIs are becoming more deadly, thanks to AMR — CSIRO 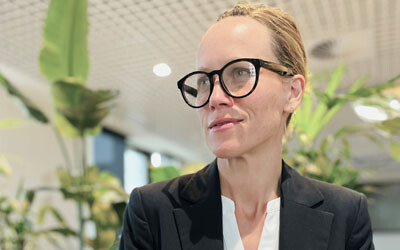 The spread of drug-resistant bacteria in the community is increasing the risk of death for common infections such as urinary tract infections (UTIs) — which affect around one in two women and one in 20 men in their lifetime. This is according to a new study led by Australia’s national science agency, CSIRO.

CSIRO research scientist Dr Teresa Wozniak said the high prevalence of UTIs makes them a major contributor to antibiotic use in Australia. Our study found patients who contracted drug-resistant UTIs in the community were more than twice as likely to die from the infection in hospital compared to those without resistant bacteria, Dr Wozniak said.

“Tracking the burden of drug-resistant infections in the community is critical to understanding how far antimicrobial resistance (AMR) is spreading and how best to mitigate it.”

The CEO of CSIRO’s Australian e-Health Research Centre, Dr David Hansen, said the magnitude of the AMR problem needs to be understood to mitigate it.

“Tracking community resistance is difficult because it involves not just one pathogen or disease but multiple strains of bacteria,” Dr Hansen said.

“Until now we haven’t been using the best data to support decision-making in our fight against AMR. Data on community acquired resistance is a significant missing piece of the puzzle.

CSIRO is conducting further research to understand the clinical implications of AMR, its health and economic burden, and improving surveillance of AMR in blind spots like rural and remote communities.

The study’s findings will provide further guidance for managing AMR in the community, such as developing AMR stewardship programs that draw on data from the population being treated.

Here are some simple ways to help reduce AMR: