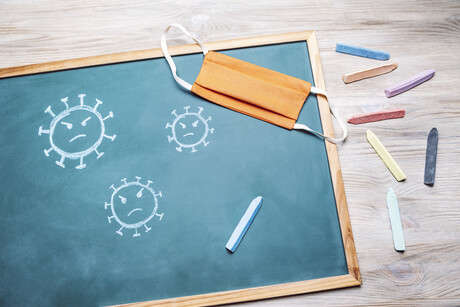 University of Leeds researchers have identified a pattern of long-term symptoms experienced by people hospitalised with COVID-19. The findings — published in the Journal of Medical Virology — provide the first detailed insight into problems facing patients recovering from the disease.

Symptoms include fatigue, breathlessness, psychological distress, problems with concentration and memory, and a general decline in quality of life. Some patients, particularly those who had been in intensive care, had symptoms associated with post-traumatic stress disorder (PTSD).

“The emerging evidence is that, for some, the road to recovery may take months and it is vital specialist rehabilitation is on hand to support them,” said research project supervisor Dr Manoj Sivan, Associate Clinical Professor at the University of Leeds and Consultant in Rehabilitation Medicine at Leeds General Infirmary.

“COVID-19 is a new illness and we have very little information on longer-term problems in individuals after discharge from hospital.

“This research gives an important insight into patient needs, and that will help shape services in the community.”

Lead author Dr Stephen Halpin, Senior Research Fellow in the School of Medicine and Consultant in Rehabilitation Medicine at Leeds Teaching Hospitals NHS Trust, said, “This research follows our previous work of predicting COVID-19 patients’ long-term needs based on previous coronavirus outbreaks of SARS in 2002 and MERS in 2012.

“The health problems are similar but on a larger scale, given the number of people affected.”

Patients were contacted by a member of the hospital’s rehabilitation team and asked a series of questions about their recovery and symptoms they were still experiencing.

The second most common symptom was breathlessness. People in both groups said they had feelings of breathlessness that had not existed before they contracted COVID-19. This was higher in the group that had been the most ill (the intensive care group) versus those who had been treated in a ward (65.6% versus 42.6%).

Writing in the paper, the researchers said, “PTSD symptoms are a well-recognised component of post-intensive care unit syndrome caused by a variety of factors including fear of dying, invasive treatment, pain, delirium, inability to communicate, weakness, immobility, and sensory problems and sleep deprivation.”

More than two-thirds (68.8%) of patients in the intensive care group and just under half (45.6%) of the other group said their overall quality of life had deteriorated.

The researchers commented that the rehabilitation needs of patients who did not require hospital care need to be further investigated and they are working on understanding this in future research.