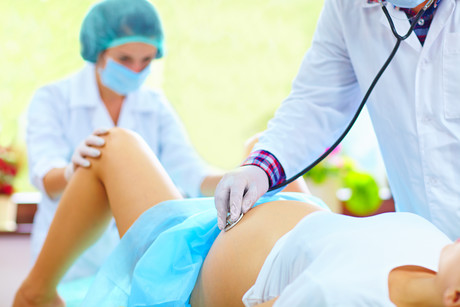 Two studies published in JAMA have provided data on the effects of umbilical cord interventions on women undergoing caesarean delivery at term and the effects on preterm infants.

Most studies to date have examined umbilical cord interventions based on vaginal deliveries; however, a study by Stephanie Purisch and colleagues compared immediate cord clamping with a delay of 60 seconds in 113 women undergoing elective caesarean delivery at term. The trial was performed at two hospitals within a tertiary academic medical centre in New York City.

Antenatal and postnatal haemoglobin values were used to determine differences in maternal blood loss. The study found no significant difference in preoperative and postoperative haemoglobin levels between the immediate and delayed groups.

The second study, conducted by Anup Katheria and colleagues, investigated placental transfusion with umbilical cord milking compared with delayed cord clamping in preterm infants less than 32 weeks’ gestation. The trial was terminated early when an interim analysis showed an excess of infants with severe intraventricular haemorrhage in the umbilical cord milking group (in the subgroup of preterm infants 23 to 27 weeks’ gestational age).

Dr Heike Rabe from the Academic Department of Paediatrics at Brighton and Sussex Medical School, University of Sussex noted in JAMA that, while umbilical cord milking has been used in many hospitals without an observed increase in intraventricular haemorrhage, further studies should only be conducted once the results of the ongoing trials are reported, especially for infants with a gestational age of 23 to 27 weeks.

“The signal of harm detected in the trial by Katheria et al. suggests delayed cord clamping should be considered over umbilical cord milking for these smallest infants unless quick resuscitation is anticipated, and then careful monitoring of important outcome measures would be required,” Dr Rabe wrote.

“Investigations of umbilical cord milking and delayed cord clamping for infants of older gestational age, including follow-up of those from the trial of Katheria et al. are needed.”

Until results of ongoing studies are available, Dr Rabe suggests that clinicians follow the World Health Organization recommendation to delay cord clamping and cutting for one to three minutes for term infants and for at least 60 seconds for preterm infants to prevent iron deficiency and potentially enable more premature infants to survive.