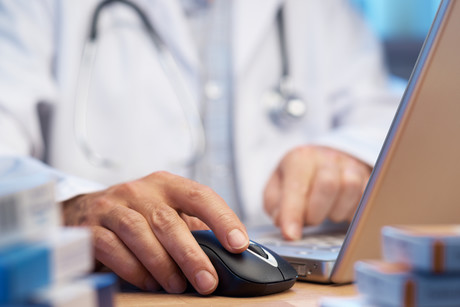 When people think of stethoscopes, the image of a doctor or nurse wearing them around their neck, or asking a patient to 'take a deep breath', might come to mind. However, a new study suggests another association — that of bacteria and contamination.

Published in Infection Control & Hospital Epidemiology, the study found that stethoscopes carried by healthcare practitioners are loaded with diverse bacteria, including some that can cause healthcare-associated infections. The research also reviewed the effectiveness of cleaning methods, finding a standardised approach to be superior for removing bacteria compared with various approaches employed by healthcare practitioners.

"This study underscores the importance of adhering to rigorous infection control procedures, including fully adhering to CDC-recommended decontamination procedures between patients or using single-patient-use stethoscopes kept in each patient's room," said Dr Ronald Collman, Professor of Medicine, Pulmonary, Allergy and Critical Care at the University of Pennsylvania Perelman School of Medicine and senior author of the study.

Contamination on single-patient and practitioner stethoscopes

The analysis showed all 40 of the stethoscopes in use in the ICU were significantly contaminated with a rich and diverse community of bacteria, including those related to common healthcare-associated infections, though it could not determine if the stethoscopes ever made patients ill. Staphylococcus, the bacteria responsible for Staph infections, was found in abundance on all stethoscopes, with more than half of them having confirmed contamination with S. aureus. Other bacteria that can cause healthcare-associated infections, such as Pseudomonas and Acinetobacter, were also widely present on stethoscopes, though in small quantities.

To assess the impact of cleaning on contamination, researchers sampled 10 additional practitioner stethoscopes before and after cleaning for 60 seconds using a hydrogen peroxide wipe and 20 more practitioner stethoscopes before and after cleaning by the practitioner according to their usual method, which included use of alcohol swabs, hydrogen peroxide wipes or bleach wipes used for different durations. All cleaning methods reduced the amount of bacteria but failed to consistently bring contamination to the level of clean, new stethoscopes. The standardised cleaning method reduced bacteria on half of the stethoscopes to the clean level, while only 10%, or two of the 20, reached that level when cleaned by the practitioner-preferred method, leaving stethoscopes as a potential vehicle for transmission of infection.

While molecular sequencing allowed researchers to identify all the types of bacteria and the quantity of bacteria, not just specific pathogens they set out to study, the DNA test could not distinguish live from dead bacteria, so it is not clear if the stethoscopes are responsible for the spread of disease-causing agents, Collman said. Additional research is required to determine if stethoscopes are responsible for transmitting infections.

Future research should also use similar molecular approaches to identify improved cleaning methods, study bacteria present on other "non-critical" medical devices used on multiple patients, as well as in the healthcare environment, and should also focus on antibiotic resistant bacteria, Collman said.