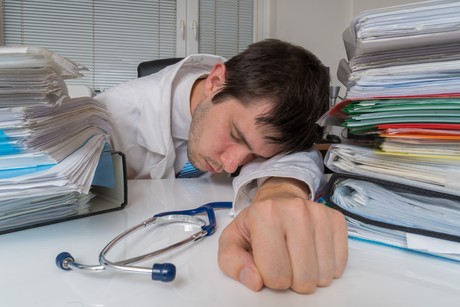 Shiftworkers are 13% more likely to develop ischaemic heart disease compared with daytime workers and their risk of contracting heart disease increases 1% annually. This is according to a large study recently published in the journal Occupational Medicine.

The study authors specifically looked at how the risk changes over time and found that there was a 0.9% increase in the chance of developing ischaemic heart disease with every year spent in this working pattern. Shiftwork is a very common working pattern and consists of irregular or unusual hours of work such as rotating shifts, evening work or night work.

The exact reason why shiftworkers are developing ischaemic heart disease is not known for certain, but it is felt that disruption of the normal sleep-wake cycle, the increased stress involved in shiftwork and unhealthy lifestyles often associated with shiftwork, could be contributing.

The study authors have called for employers of shiftworkers to do more to protect their employees’ health.

Study author Professor Chen said: “The number of deaths due to ischaemic heart disease has continued to rise, with 7.6 million deaths in 2005 and 8.9 million people dying due to the condition in 2015. Patients can require surgical interventions and medications meaning ischaemic heart disease is one of the biggest burdens on healthcare systems.

“Shiftwork is a timesaving work system, it can earn more profit but it can also cause harm to the health of employees, so employers should reduce shiftwork as much as possible.