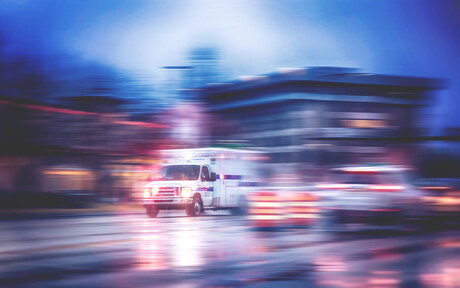 Two paramedics were dispatched to an emergency case in the early hours of Thursday morning to respond to a male patient with shortness of breath. While attempting to treat the patient, he became aggressive and attacked one of the paramedics.

VAU General Secretary Danny Hill said, “This was a disgusting and brutal assault against two paramedics who were simply doing their job and trying to care for their patient.

“No one deserves to be assaulted while doing their job. Assaulting a paramedic who is trying to help you is a truly low act.”

Research conducted by Central Queensland University academic Professor Brian Maguire found that, compared with other occupational groups, Australian paramedics have the nation’s highest rate of occupational injury and assaults. According to Professor Maguire, the injury rate is twice as high as that of police officers.

Using SafeWork Australia figures from 2001 to 2014, Professor Maguire found the number of violence-related cases against paramedics and ambulance officers had increased from five to 40 per year. The study also found female paramedics have a disproportionately higher risk than men.

A 2017 survey by Professor Maguire of nearly 1800 paramedics from around the world found 65% had been physically attacked while on duty.