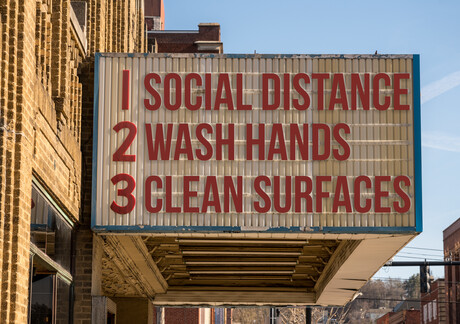 Australian healthcare workers are being warned about the prospect of another spike in coronavirus cases after a second black lives matter protester in Melbourne tested positive for the virus on Monday.

In recent weeks, thousands of people have defied court orders to attend the protests throughout Australia’s major cities and it is not yet known how many people may have contracted the virus as a result.

The fears of a second COVID-19 outbreak come as China reports its highest virus tally in months, approximately two months after its strict lockdown measures were eased on 8 April this year.

Closer to home, New South Wales has also recorded its first recent case of community transmission — breaking a 2-week streak, during which only imported cases from overseas travellers were observed.

Professor Bill Rawlinson, Senior Medical Virologist with NSW Health Pathology at Randwick, said any form of mass gathering remains a significant risk to the virus’s “R0 value” (transmission rate) and therefore its ability to be contained by authorities.

“Currently the R0 value for COVID-19 in Australia is at a reasonable level, ie, below 1. In other words, an average of less than one person gets infected by each current case,” Rawlinson said.

“However, prior to social distancing and lockdown measures, this value was much higher at around 2.6 — meaning that each case was infecting on average nearly three other people,” he added.

In other words, disruption of social distancing measures, as seen in the protests, could see the COVID-19 transmission rate return to an unacceptable level.

“Even though contact tracing measures have been successful in curbing the pandemic spread, history tells us that transmission rates can easily start to exceed the capacity of these efforts when infection control strategies, like social distancing, are not in place,” Rawlinson continued.

However, a change in Australia’s R0 value is unlikely to be as high as it was at the start of the pandemic, Rawlinson said, as governments have since advanced their knowledge and strategies for containing the virus.

“Firstly, the people who attended the protest and tested positive for COVID-19 have been identified; and our understanding is that they have quarantined themselves, in line with government recommendations,” he said.

“Secondly, Australia’s testing regimen is getting better as we learn more about the virus. With the recent introduction of serology (antibody) tests, for example, we can now determine who has had the infection previously (and possibly developed immunity) — although more research needs to be done on this.

“Finally, as a nation we have made a lot of effort not to run out of testing kits, through early planning and discussions with suppliers. This has been critical in keeping the virus under control,” he concluded.

Older Australians may be missing out on protection against pertussis because GPs tend to focus on...

How long until the leading vaccines make it to market?

Pfizer and BioNTech may face major hurdles in getting their vaccine to market, despite recently...

Which prescription medicines are most commonly used in Australia? Which have the greatest cost to...

Vaccine management in the (African) cloud