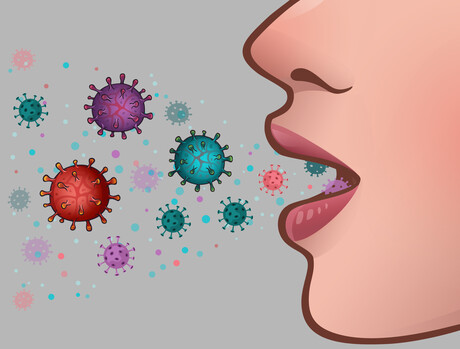 A group of scientists from varying disciplines around the world have appealed to world health authorities to mitigate indoor airborne transmission of SARS-CoV-2, the virus that causes COVID-19.

The plea issued by 239 scientists from 32 countries and disciplines including virology, aerosol physics, flow dynamics, exposure and epidemiology, medicine and building engineering has been published in the journal Clinical Infectious Diseases.

Queensland University of Technology (QUT) air quality and health expert — and Director of the International Air Quality and Health Laboratory — Professor Lidia Morawska leads the appeal, which addresses the overwhelming research finding that an infected person exhales airborne virus droplets when breathing and talking that can travel further than the current 1.5-metre social distance requirement.

“Studies by the signatories and other scientists have demonstrated beyond any reasonable doubt that viruses are exhaled in microdroplets small enough to remain aloft in the air and pose a risk of exposure beyond one to two metres by an infected person,” Professor Morawska said.

“At typical indoor air velocities, a five-micron droplet will travel tens of metres, much greater than the scale of a typical room while settling from a height of 1.5 metres above the floor.

“Expertise in many science and engineering areas enables us to understand the characteristics and mechanisms behind the generation of respiratory microdroplets, how viruses survive in these microdroplets and how airflow patterns carry microdroplets in buildings,” Professor Morawska said.

“The measures that need to be taken to mitigate airborne transmission include:

“These are practical and can be easily implemented and many are not costly. For example, simple steps such as opening both doors and windows can dramatically increase air-flow rates in many buildings.

“Handwashing and social distancing are appropriate, but… insufficient to provide protection from virus-carrying respiratory microdroplets released into the air by infected people.”

Professor Morawska said several retrospective studies of the SARS epidemic had shown that airborne transmission was the most likely mechanism that explained the spatial pattern of infections.

She gave the example of a recent study that analysed the data and video records from a restaurant where three separate groups of diners contracted COVID-19. No evidence of direct or indirect contact between the three groups was observed, but the study modelled how transmission occurred through the air.

“We are concerned that people may think they are fully protected by following the current recommendations, but in fact, additional airborne precautions are needed to further reduce the spread of the virus.”