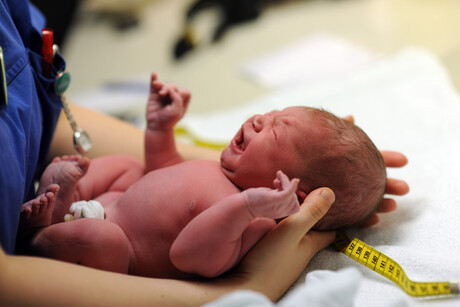 Research conducted at the University of South Australia (UniSA) has demonstrated that fentanyl is a safe option for mothers and babies, providing women with more pain relief choices during labour.

Fentanyl — one of the pain relief drugs used during labour — can be administered via a nasal spray or subcutaneously (injected). Until recently, little was known about the impact of alternative administrations of the drug on mother and baby.

Research published in the International Journal of Obstetric Anesthesia assessed fentanyl concentrations following subcutaneous fentanyl administration. The study tested fentanyl levels in 30 mother–baby pairs via maternal and cord blood samples taken with 30 minutes of birth, finding that, despite nasally administered levels of fentanyl being significantly higher than those by injection, all babies had lower levels of fentanyl in their systems than their mothers, regardless of administration method.

All babies had five-minute Apgar scores within normal ranges; none required admission to the nursery for special care and levels of the drug were considered very low — well below those shown to depress breathing.

These results are in contrast to studies of cord concentrations of pethidine and norpethidine, which show comparable levels in babies and mothers, with significantly suppressed behaviour in babies’ first few weeks of life.

“Many women worry about managing pain during labour and the impact that their choices might have for themselves and their newborn child,” Dr Fleet said.

“For women who choose pain relief in labour, there are still very few options available — the most common are ‘gas’ (nitrous oxide and oxygen), injection of a narcotic or opioid (such as fentanyl, morphine or pethidine) or an epidural — but as with all analgesics, there are side effects.

“Negating and managing side effects is critical for both mother and baby, which means the need for choices in pain relief is all the more essential.

“Fentanyl is a popular choice for regulating pain during labour because it provides rapid pain relief while not restricting mobility and reduces incidents of adverse side effects such as nausea, vomiting or sedation.

“It can also be administered via nasal spray or small injection under the skin, enabling women more control over their pain,” Dr Fleet said.

“The strength of this research is that it confirms that fentanyl can be used safely for both mother and baby — regardless of whether it is administered nasally or via injection — giving strong supportive evidence of its use as an alternative pain relief option.”

In South Australia, subcutaneous administration of fentanyl is standard practice, with the nasal spray growing in popularity.

“Importantly, for women who choose pain relief in labour, fentanyl has been shown to reduce pain intensity while enabling women to work with the contractions.