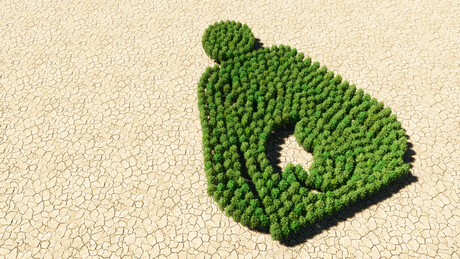 Could increased global temperatures lead to more stillbirths? This question is being investigated by a team of researchers from The University of Queensland’s School of Earth and Environmental Science and the Mater Research Institute. The team’s review of 12 studies has found that extreme ambient temperature exposures throughout pregnancy appear to increase risk of stillbirth, particularly late in pregnancy. The findings are published in Environmental Research.

The researchers said that further study is needed as climates continue to change.

UQ PhD candidate Jessica Sexton said while this was very early research, it did show a possible link between stillbirth and high and low ambient temperature exposures during pregnancy.

“Overall, risk of stillbirth appears to increase when the ambient temperature is below 15°C and above 23.4°C, with the highest risk being above 29.4°C,” Sexton said.

“An estimated 17–19% of stillbirths are potentially attributable to chronic exposure to extreme hot and cold temperatures during pregnancy. And, as the world’s temperatures rise due to climate change, this link will potentially increase stillbirth likelihood globally.

“But these findings are from the very limited research currently available, so expectant mothers shouldn’t be anxious — there’s still plenty of follow-up research that needs to happen.”

Environmental scientist Dr Scott Lieske said the findings suggested that as temperatures rise, women in the developing world would feel the effects.

“If the link apparent in this research bears out upon further scrutiny, the majority of new stillbirths will occur invariably in the nations already suffering the most.”

Professor Vicki Flenady, Director of the Centre of Research Excellence in Stillbirth (Stillbirth CRE) at Mater Research, said the results highlighted the importance of research to reduce global stillbirth rates.

“Even in 2021, a stillbirth occurs somewhere in the world every 16 seconds,” Professor Flenady said. “Stillbirth has a traumatic, long-lasting impact on women and their families, who often endure profound psychological suffering as well as stigma, even in high-income countries. Here in Australia, stillbirth is still a major public health problem.

“As outlined in my recent research, in 2015 Australia’s late-gestation stillbirth rate was over 30% higher than that of the best-performing countries globally. Further work is needed to understand the role that temperature plays in keeping women and babies safe during pregnancy.

“To fully understand the effects of maternal exposure to ambient temperatures and stillbirth, future studies should focus on the biological mechanisms involved and contributing factors, in addition to improving measurement of ambient temperature exposure.

“In the meantime, we would encourage pregnant women to talk to their healthcare providers about staying safe during the cold days of winter and hot days of summer.”