Reminder: From 1 Feb, codeine is prescription only 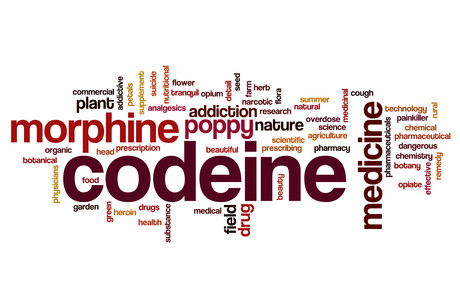 From 1 February 2018, over-the-counter (OTC) codeine medications and combination medications will become prescription only. This means that patients wishing to use painkiller medicines containing codeine will have to obtain a prescription from their GP or healthcare provider or use an alternative OTC product such as paracetamol, ibuprofen or a combination of these drugs1.

Codeine is an opioid drug closely related to morphine and, like morphine, is derived from opium poppies.2

Research3 shows that current OTC low-dose (<30 mg) medicines containing codeine for pain relief offer very little additional benefit when compared to similar medicines without codeine. The use of such medicines, however, is associated with high health risks.

Codeine can cause4 opioid tolerance, dependence, addiction, poisoning and in high doses, even death. Regular use of medicines containing codeine, for example for chronic pain, has led to some consumers becoming addicted to codeine without realising it.

Who is experiencing codeine addiction?

According to NPS Medicinewise (2017), research in a public hospital found that more than 80% of people admitted to the hospital with codeine misuse-related conditions were women, aged between 20.8 and 53.6 years, of which 60% were from a low socioeconomic background, and 70% were smokers. They were predominantly using OTC codeine to help with musculoskeletal pain and headache/migraine5.

In an editorial in Australian Prescriber, clinical pharmacologist Darren Roberts and senior research fellow Suzanne Nielsen note that people with codeine dependency may emerge months after the change if they have been stockpiling the drugs.

“People with substance disorders are not always readily identified by stereotyped external features or behaviours. They are often hesitant to disclose substance use, if indeed they acknowledge that their use is problematic,” they write.

Side effects and dependence

The Therapeutic Drugs Administration (TGA)6 lists possible codeine-use side effects as including:

and says signs of codeine dependence include:

There is a wealth of information and tools that can assist healthcare practitioners in managing patients with questions about codeine access, and in assisting with diagnosing and managing codeine dependence. A good place to start is with the practitioner codeine information hubs provided by the Therapeutic Goods Administration and NPS Medicinewise. If you are a member of a professional body or association, they may have additional information and position statements.