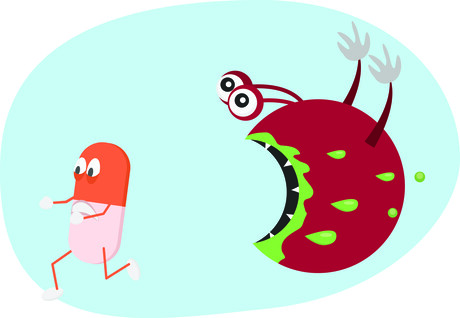 Researchers from Monash University have discovered that the use of nanoparticles, in combination with other antibiotics, could help prevent antibiotic resistance and reduce antibiotic intake.

Antimicrobial resistance has already been declared as one of the top 10 global public health threats by The World Health Organization (WHO). The WHO has also confirmed that no new antibiotic has been discovered in the past 30 years, but globally there’s a crisis of antibiotic resistance which means that in the coming years, more people will die from basic infections because they have developed antimicrobial resistance.

The cost of antimicrobial resistance to the economy is significant. Without effective antimicrobials, the success of modern medicine in treating infections, including during major surgery and cancer chemotherapy, would be at increased risk, according to the WHO.

Dr Hsin-Hui Shen of the Monash University Department of Materials Science and Engineering, along with Professor Jian Li of the Monash Biomedicine Discovery Institute and the Department of Microbiology, has demonstrated that nanoparticle-based polytherapy treatments disrupt the outer membrane of superbug bacteria and offer an improved alternative to the conventional use of loading the antibiotic within lipid nanoparticles. Their findings have been published in Nature Communications.

“For a long time nanoparticles have been used specifically as antimicrobial carriers, but the use of nanoparticles in polytherapy treatments with antibiotics in order to overcome antimicrobial resistance has been overlooked,” said lead researcher Dr Shen.

“When bacteria becomes resistant, the original antibiotics can no longer kill them. Instead of looking for new antibiotics to counteract superbugs, we can use the nanotechnology approach to reduce the dose of antibiotic intake, effectively killing multidrug-resistant organisms.

“The use of nanoparticles–antibiotics combination therapy could reduce the dose intake in the human body and overcome the multidrug resistance,” said Dr Shen.