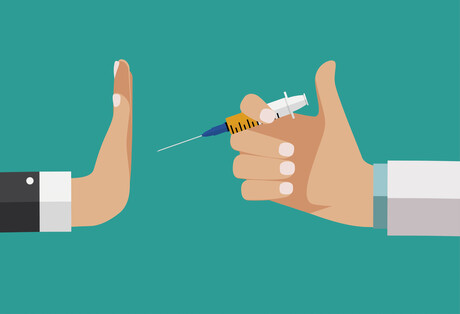 In a major blow for Australia’s COVID-19 vaccine rollout, the Australian Technical Advisory Group on Immunisation (ATAGI) has recommended that the AstraZeneca vaccine no longer be the preferred choice for adults under the age of 50, citing rare but serious blood clotting side effects found in a small number of younger vaccine recipients worldwide.

Last week, the European Medicines Agency (EMA)’s Pharmacovigilance Risk Assessment Committee (PRAC) carried out an in-depth review of 62 cases of cerebral venous sinus thrombosis and 24 cases of splanchnic vein thrombosis reported in the EU drug safety database (EudraVigilance) as of 22 March, 18 of which were fatal. The cases came mainly from spontaneous reporting systems of the European Economic Area (EEA) and the United Kingdom, where around 25 million people had received the AstraZeneca vaccine. Most of the cases reported occurred in women under 60 years of age within two weeks of vaccination.

The committee said one plausible explanation for the combination of blood clots and low blood platelets is an immune response, leading to a condition similar to one seen sometimes in patients treated with heparin (heparin induced thrombocytopenia or HIT). The PRAC has requested new studies and amendments to ongoing ones to provide more information, but in the meantime has concluded that unusual blood clots with low blood platelets should be listed as very rare side effects of the vaccine. The committee acknowledged that the reported combination of blood clots and low blood platelets is very rare, and the overall benefits of the vaccine in preventing COVID-19 outweigh the risks of side effects.

Within 24 hours, the ATAGI had advised the Australian Government that the risk of blood clotting side effects from the AstraZeneca vaccine is four to six in one million people, in the first four to 20 days post vaccination. This makes it a rare but serious side effect for a vaccine that is otherwise highly effective in preventing severe disease caused by COVID-19.

Those who have received their first dose of the AstraZeneca vaccine and experienced no clotting — which in Australia refers all but one known recipient of the vaccine — are being assured that it is safe to receive their second dose. AstraZeneca also remains recommended for those over the age of 50, as the ratio of benefit to risk is much higher in favour of vaccination for older and therefore more vulnerable groups.

Prime Minister Scott Morrison has advised that the vaccination rollout will continue and that the program should not be significantly affected in the short term, particularly since a large proportion of the current Phase 1b vaccine recipients includes Australians over the age of 70. Members of Phase 1b who are under 50 should still have the opportunity to receive the AstraZeneca vaccine if they consent to understanding the risks, particularly if their doctor deems it appropriate.

In the longer term, the Australian Government has announced the purchase of an additional 20 million doses of the Pfizer vaccine, for a total of 40 million. The newly acquired doses are expected to be in Australia by the fourth quarter of this year, the Prime Minister said, which should coincide with the penultimate phase of the vaccination program — Phase 2b — covering low-risk Australian adults under 50.