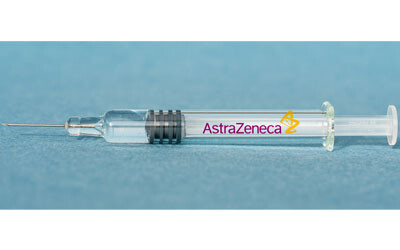 Countries that have opted to pause the AstraZeneca vaccine amid unsubstantiated blood clotting fears are actively choosing to end lives, according to Professor Bruce Thompson, from the School of Health Sciences at Swinburne University.

The three categories of COVID-19 vaccine currently in circulation, globally, have claimed zero lives to date — despite upwards of 400 million doses having been administered. Meanwhile, the mortality rate for COVID-19 is sitting at around 3.4%.

The decision to pause the vaccine rollout — taken by several European countries earlier this month — was based on an unsubstantiated belief that AstraZeneca’s vaccine may be linked to deep vein thrombosis (DVT). This was after several DVT cases emerged among the 90 million-strong vaccine recipient population.

Prof Thompson says that not only is there a tenuous theoretical link between COVID-19 vaccines and DVT, but also zero data to suggest a causal relationship.

In fact, studies underpinning the vaccine’s TGA approval revealed that no more people experienced DVT in an experimental group (people given the vaccine) than in a control arm (non-vaccinated people) — indicating that instances of DVT are unrelated to the vaccine.

“Based on the data we have amassed globally so far, it is really clear that the AstraZeneca vaccine is both safe and effective,” said Prof Thompson.

“Without any evidence of a causal link between the vaccine and DVT, we can safely deduce that there is no connection between the two. To associate it with the vaccine is just a hunch — and if we listened to these hunches every time, we would probably never take any medication.

“Meanwhile, we know that letting COVID-19 run riot among the population will claim the lives of more than three people per every 100 that contract it. Countries that choose to put the vaccination program on hold are actively making a choice to let these people die,” he said.

Prof Thompson maintains that pursuing the AstraZeneca rollout is still necessary in Australia, despite COVID-19 not currently being in community circulation.

“Whilst we may not be under as much immediate threat as some European countries in terms of the COVID-19 virus, it is still essential that we reach our target immunisation rate of 70% of the population. Maintaining border closures has kept the virus under control until now, but it isn’t viable in the long term,” he said.

In the unlikely event that DVT is found to be a rare side effect of the AstraZeneca vaccine, Prof Thompson believes the risk–benefit ratio would still favour pursuing the vaccination program.

“In some rare cases, DVT can be serious, but mostly it is very treatable. This is unlike severe cases of COVID-19 for which there are no specialised treatments,” he concluded.