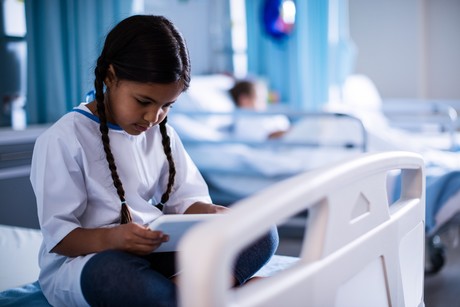 US researchers have developed an electronic sepsis alert, using a combination of vital signs, risk factors and physician judgement, to identify children in a paediatric emergency department with severe sepsis. Their study and an accompanying editorial, published in the Annals of Emergency Medicine, claim to have reduced missed sepsis diagnoses by a whopping 76%.

Researchers built a two-stage electronic sepsis alert (ESA) and implemented it into the hospital’s electronic health record (EHR). The first-stage alert is triggered when an age-based elevated heart rate or hypotensive blood pressure is documented in the EHR at any time during the emergency visit. If the patient also has a fever or risk of infection, the alert triggers a series of questions about underlying high-risk conditions, perfusion and mental status. The second-stage alert triggers if there is an affirmative answer to any of these questions. When patients have positive first- and second-stage alerts, a ‘sepsis huddle’ is triggered, which is a brief, focused patient evaluation and discussion with the treatment team, including the emergency physician.

Of the 1.2% of the patients with positive ESAs, 23.8% had positive huddles and were placed on the sepsis protocol. The protocol missed 4% of patients who later went on to develop severe sepsis, which researchers attribute to “patient complexity”, especially among patients with developmental delays.

“Sepsis is a killer and notoriously difficult to identify accurately in children, which is why this alert is so promising,” said lead author Fran Balamuth, from the Children’s Hospital of Philadelphia. “Identifying the rare child with severe sepsis or septic shock among the many non-septic children with fever and tachycardia in a paediatric ER is truly akin to finding the proverbial needle in a haystack. This alert, especially with the inclusion of physician judgement, gets us much closer to catching most of those very sick children and treating them quickly.”