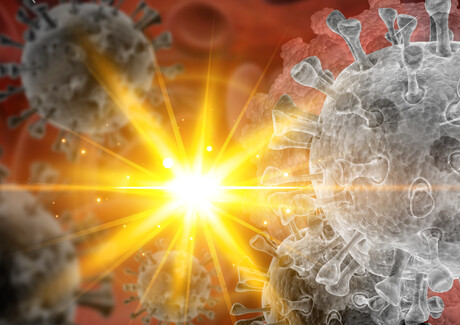 The World Health Organization has designated the new Omicron COVID-19 variant to be “of concern” based on evidence that it has several mutations that may impact how it behaves; for example, on how easily it spreads or the severity of illness it causes. However, as yet there is no information to suggest that symptoms associated are different to those from other variants, WHO said.

“Initial reported infections were among university students — younger individuals who tend to have more mild disease — but understanding the level of severity of the Omicron variant will take days to several weeks,” said WHO in a statement.

It is not yet clear whether Omicron is more transmissible compared to other variants, including Delta. “The number of people testing positive has risen in areas of South Africa affected by this variant, but epidemiologic studies are underway to understand if it is because of Omicron or other factors,” WHO said.

“Preliminary data suggests that there are increasing rates of hospitalisation in South Africa, but this may be due to increasing overall numbers of people becoming infected, rather than a result of specific infection with Omicron.”

Preliminary evidence also suggests that there may be an increased risk of reinfection with Omicron, compared to other variants of concern, but information is limited, WHO said.

Sanjaya Senanayake, a specialist in infectious diseases and Associate Professor of Medicine at The Australian National University noted that Omicron has emerged in a country where “only 25% of the population is fully vaccinated in a continent where only 10% of 1.2 billion people have only received one dose of the vaccine”.

Senanayake said COVID-19 variants such as Lambda and Mu have not taken off globally. “So it is possible that the new variant, Omicron, could hopefully fizzle out. But Omicron is troubling in terms of its mutations and the limited infections that have been seen in people. It has a lot of mutations, more mutations than seen before with previous variants. Many of these are on the spike protein and the receptor binding domain. Some of these mutations can increase transmissibility of the variant, while others can help it evade the immune system: a worrying combination.

“This is another stark reminder to developed nations that when it comes to COVID and vaccination, we have to be selfless to be selfish and ensure that the whole world gets vaccinated in a timely manner,” he said.

Dr Deborah Cromer, Group Leader in Infection Epidemiology and Policy Analytics, Kirby Institute, University of New South Wales, said, “The emergence of a new variant, though unsettling, is far from unexpected. Viruses constantly mutate and take on new forms, and the level of existing immunity against a new variant is key in determining the impact an emerging strain will have.”

Scientists will now need to quickly use established laboratory methods to determine how much immunity blood from vaccinated people has against Omicron and we will then be able to use the established relationship between immunity and vaccine efficacy to predict how existing vaccines will perform against Omicron, and therefore how much impact this new variant may have on the inroads we have made in the fight against COVID-19 disease, Cromer said.