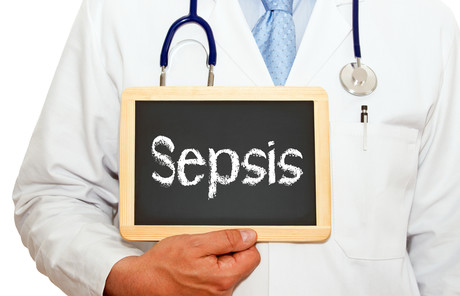 Sepsis Kills — the adult sepsis pathway (ASP) developed by the Clinical Excellence Commission and used in NSW hospitals — was shown to be more effective than the internationally recommended Quick Sequential (Sepsis-related) Organ Failure Assessment (qSOFA), as demonstrated in a Macquarie University study.

With findings published in the Internal Medicine Journal, the NSW model is more likely to trigger a warning of patient deterioration from sepsis than the internationally recommended model.

CEC Director Systems Improvement Dr Harvey Lander welcomed the findings, which call on all Australian hospitals to follow the NSW lead and use the Sepsis Kills ASP.

“We welcome findings which demonstrate the pathways being used in NSW, including the new electronic sepsis alert, are highly effective in supporting the early detection of sepsis and therefore improved patient outcomes,” Dr Lander said.

“We know sepsis is a global health priority and is the leading cause of death in hospital patients worldwide.

“Rapid detection of sepsis and starting antibiotic treatment within one hour is critical to improved patient outcomes so we welcome findings which show the NSW Sepsis Kills program is leading international standards in this early detection of symptoms.”

The study found that while early detection is the best defence against sepsis, in two-thirds of cases, qSOFA would not have triggered a warning of sepsis before the patient’s death.

Lead author Associate Professor Ling Li from the Australian Institute of Health Innovation at Macquarie University said the Sepsis Kills ASP would have triggered a warning for more than 90% of cases who died in hospital and the warning would have been triggered eight days before death in half of the cases.

“qSOFA has been put forward as an effective tool for early detection of sepsis; however, our research shows this is not the case and we are calling on all Australian hospitals to use ASP to ensure the best care for patients,” Associate Professor Li said.

Despite advances in care, sepsis remains a huge burden. ASP and qSOFA were devised to prompt clinicians to assess the possibility of sepsis at a patient’s bedside by considering certain criteria. The Macquarie University research shows that ASP is more effective in detecting the early warning signs of potential sepsis, improving the patient’s chance of survival.

ASP and qSOFA are paper-based systems — Associate Professor Li said the future would involve developing automated systems to support clinicians in the early detection of sepsis.

The Society of Hospital Pharmacists of Australia (SHPA) has welcomed new federal government...

Dietitian and University of Queensland Research Fellow Dr Oliver Canfell and her team have...

The new Omicron COVID-19 variant has been declared to be "of concern" by the World...

A dash of sustainable 'wonky' seltzer