No increased risk of death with menopausal hormone therapy 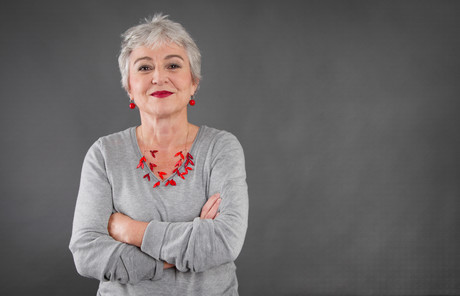 Hormone therapy after menopause is not a death sentence, according to a new US study.

Women who had five to seven years of hormone therapy after menopause are not more likely to die from cancer or heart disease, according to the 18-year follow-up study.

The researchers enrolled 27,000 women between the ages of 50 and 79 in two different hormone trials in 1993 and 1998. The women’s health was then followed up until 2014. The number of deaths of the women in the hormone therapy group from any cause was very similar (27.1%) to those in the placebo group (27.6%), suggesting that the hormone therapy had no effect on mortality.

The Women’s Health Initiative (WHI) hormone therapy trials were designed to assess the benefits and risks of menopausal hormone therapy taken for chronic disease prevention by predominantly healthy postmenopausal women. Health outcomes have been reported, but previous publications have generally not focused on all-cause and cause-specific mortality. All-cause mortality is a critically important summary measure representing the net effect of hormone therapy on serious and life-threatening health conditions.

Dr JoAnn Manson of Brigham and Women’s Hospital, Harvard Medical School, Boston, and colleagues examined total and cause-specific mortality during cumulative 18-year follow-up (intervention plus extended post-intervention phases) of the two randomised WHI hormone therapy trials: conjugated equine estrogens (CEE) plus medroxyprogesterone acetate vs placebo for 5.6 years (median); or CEE alone vs placebo for 7.2 years (median). The analysis included postmenopausal women ages 50 to 79 years who were enrolled in the trials between 1993 and 1998 and followed up through 2014.

Among 27,347 women who were randomised, mortality follow-up was available for more than 98%. During the cumulative 18-year follow-up, 7489 deaths occurred (1088 deaths during the intervention phase and 6401 deaths during post-intervention follow-up). All-cause mortality was 27.1% in the hormone therapy group vs 27.6% in the placebo group in the overall pooled cohort. Analyses indicated that CEE plus MPA and CEE alone were not associated with increased or decreased risk of all-cause, cardiovascular or total cancer mortality. During cumulative follow-up, trends in cause-specific mortality across age groups were not significantly different.

Several limitations of the study are noted in the article, including that only one dose, formulation and route of administration in each trial was assessed; thus, results are not necessarily generalisable to other hormone preparations.

“In view of the complex balance of benefits and risks of hormone therapy, the all-cause mortality outcome provides an important summary measure, representing the net effect of hormone therapy use for five to seven years on life-threatening outcomes,” the authors wrote.

The study has been published by JAMA.