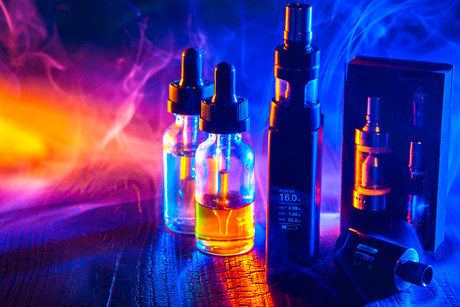 For people trying to avoid nicotine addiction, the discovery that some ‘nicotine-free’ e-cigarette liquids actually contain nicotine will come as unwelcome news.

Australian researchers found nicotine in six varieties of nicotine-free e-cigarette liquids bought online and over the counter from Australian suppliers, highlighting the risks of “little to no regulation”, according to the authors of the research published by the Medical Journal of Australia.

Associate Professor Alexander Larcombe, Head of the Respiratory and Environmental Health at the Telethon Kids Institute in Perth, and colleagues analysed 10 e-liquids labelled as nicotine-free with gaschromatography–mass spectrometry in a commercial laboratory.

“Nicotine was detected in six e-liquids; the levels in three (1.3, 1.4, 2.9 mg/mL) were comparable with those of commonly available low-dose nicotine e-liquids,” Larcombe and colleagues wrote.

“Of the other chemicals we detected, 2-chlorophenol, classified as acutely toxic by the Globally Harmonized System of Classification and Labelling of Chemicals, was identified in all e-liquids. Probably an excipient contaminant, 2-chlorophenol is commonly used in insecticides, herbicides and disinfectants. There is no Safework Australia exposure standard for 2-chlorophenol, but it is known to be a respiratory and dermal irritant.

“Other substances we often detected were 2-amino-octanoic, hexadecanoic, and octadecanoic acids,” they wrote.

“2-Amino-octanoic acid is a metabolite occasionally found in mammalian blood, urine, and faeces; its presence may indicate contamination by biological substances during manufacture. Hexadecanoic and octadecanoic acids are relatively benign for humans, and are commonly used in foodstuffs, soaps, and detergents, but it is not known whether they affect health when heated and inhaled.”

E-liquids containing nicotine cannot be legally sold in Australia, but the authors pointed out that due to “inaccurate labelling”, that purchasers may unwittingly inhale “this addictive substance”, or retailers may sell incorrectly labelled nicotine-containing e-liquids to “willing customers”. None of the purchased e-liquids disclosed ingredient information beyond “vague reporting of the excipient mix and the absence of nicotine”.