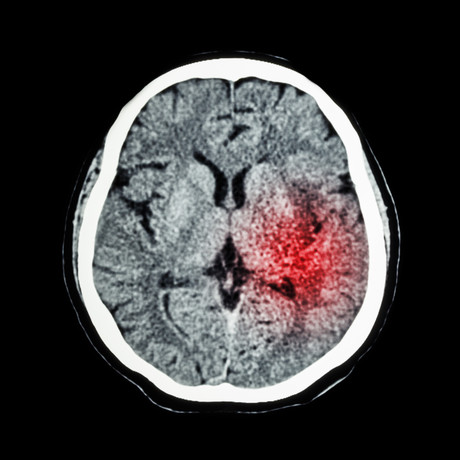 New Australian-led research is likely to be life changing for ischemic stroke patients.

A team of Melbourne researchers has found that by doubling the length of time that clot-busting drugs are used after a stroke, more patients make a full recovery.

Current stroke guidelines limit the time to use clot-busting drugs to within 4.5 hours after the onset of stroke; but this new study found that extending this by up to nine hours after a stroke — in suitable cases — resulted in a higher percentage of patients with no or minimal deficits, compared with placebo. There were more cases of bleeding in the brain with the treatment than placebo.

The EXTEND randomised clinical trial found the initial window of 4.5 hours from symptom onset could now be pushed to nine hours given solid evidence of ‘brain to save’ on advanced brain imaging.

EXTEND, led by The Royal Melbourne Hospital, the University of Melbourne and Monash Health, compared the effectiveness of alteplase, a thrombolytic drug used to treat ischemic stroke, versus placebo, for reducing disability after stroke.

The research found in most cases that if the patient was administered the alteplase between 4.5 and 9 hours after stroke onset, it resulted in a high percentage of patients with no or minor neurological defects than the use of placebo.

RMH neurologist, Director of the Melbourne Brain Centre at RMH and study co-principal investigator Professor Stephen Davis said the study, published in the New England Journal of Medicine, found the drug alteplase was life changing in treatment of ischemic stroke.

“Our study used imaging of brain blood flow to select patients and showed that alteplase increased the number of patients who were able to return to all their usual activities by 44% compared to placebo, an excellent outcome for our patients,” Professor Davis said.

The international trial involved 225 participants from a large multicentre collaboration across 25 hospitals in Australia, New Zealand, Finland and Taiwan, who either received alteplase or placebo.

“This research means that patients who were previously untreatable because they woke up with stroke symptoms or were unavoidably delayed in reaching hospital can now benefit,” Professor Donnan said.

While this breakthrough will lead to sweeping changes in stroke treatment, it’s still critical people seek help as soon as possible as Professor Davis warns that every minute counts when it comes to stroke patients.

Medical co-ordinator for the EXTEND trial Associate Professor Henry Ma from Monash Health said the research means patients who have a stroke in their sleep will greatly benefit.

“These results shift the stroke paradigm from using a clock to determine eligibility for clot-dissolving treatment to using brain imaging to identify whether there is brain tissue that can be saved in the individual patient,” A/Prof Ma said.

“This is terrific for patients and will reduce the burden of stroke-related disability in Australia and worldwide.”

CSIRO and the University of California San Diego have engineered what is claimed to be the first...

Liquid Handling 4.0: what to consider when selecting OEM robotic components