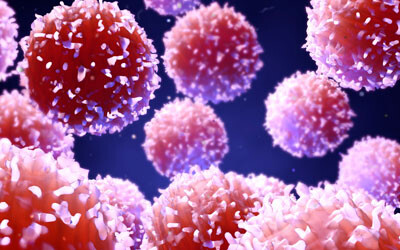 Scientists at the University of California San Diego may have found a way to neutralise SARS-CoV-2 — the virus that causes COVID-19 — and block it from infecting human lungs and other vital organs.

Using ‘cellular nanosponges’ — tiny cell-like structures that mimic the role of human cells by soaking up biological molecules — the researchers were able to divert SARS-CoV-2 away from live host cells in a laboratory setting.

Now, they need to make sure the nanosponges will work in live animals and are safe to inject into humans, before they can advance them to human clinical trials.

The professor who invented nanosponges 10 years ago, Professor Liangfang Zhang from the Department of Nanoengineering at University of California San Diego, said the technology works by acting as a ‘decoy’ for the virus.

“For a virus to infect us, it needs to bind to cellular receptors and get inside our cells. The nanosponges we created in this study have the same receptors that SARS-CoV-2 requires to penetrate human cells and therefore act as a decoy to lure and neutralise the virus,” he told Hospital + Healthcare.

“The virus can’t distinguish between the receptors on the nanosponges versus the ones on live human cells. The virus binds to the decoy and is essentially deactivated.

“After an incubation with the nanosponges in a Petri dish, SARS-CoV-2 was neutralised and unable to infect cells,” he explained.

Although the concept of cellular nanosponges isn’t new, it is one of the first times the technology has been applied to coronavirus infections.

Previously, nanosponges have been used successfully in experimental animals to treat bacterial infections and inflammatory diseases.

If found to be successful in treating coronaviruses, nanosponges could offer several advantages over other coronavirus therapies currently being trialled.

“Unlike vaccines and other COVID-19 therapies, the nanosponge method is potentially agnostic to viral mutations — possibly even future viral species,” Professor Zhang said.

“That means if a new coronavirus emerges in the future, we will be able to treat it right away, without waiting months or years for scientific research to catch up.”

This study could also be a catalyst for further applications, such as the treatment of influenza or Ebola, he added.

When asked if there was any foreseeable reason the technology may not pass the safety requirement in human trials, Professor Zhang said, “Safety is always of paramount importance. But I don’t have a lot of worries about this technology, because all the materials used to create the nanosponges are biodegradable.

“For example, we used a polymer to make the ‘core’ to support the membrane, which over time will degrade and disappear. The other component is human cell membranes. There are no other toxic compounds in the formulation,” he concluded.