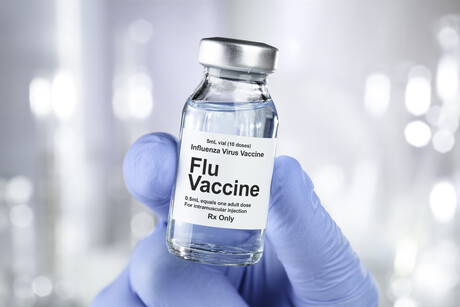 This winter, for the first time, a new cell-based flu vaccine will be introduced in Australia, in a bid to boost the efficacy rates of national immunisation programs.

The new vaccine, known as Flucelvax, is tipped to gradually replace the current protein-based vaccine — in use since the 1930s — and will be given to both adults and children aged over nine.

Experts say the cell-based technology trumps its predecessor, as it can be designed to reflect specific flu strains more effectively.

Unlike the protein-based formula, it allows scientists to grow influenza viruses in a laboratory without them mutating. In turn, this enables them to create vaccines that better match the flu strains likely to be in circulation that year, as recommended by the World Health Organisation (WHO). This could potentially boost flu vaccine efficacy rates by 5–10%.

The underlying ingredients are also a drawcard. The new vaccines use the cultured cells of a dog kidney, whereas the protein-based jabs use hen eggs. Given the new formula can be replicated in a lab from an ‘eternal cell line’ — not from the killing of dogs — it is argued that this option is more ethical and sustainable. It also means manufacturing could be scaled up quickly, given that these cells can be banked and frozen.

In contrast, the old formula requires several million hen eggs to meet national supply, leaving it vulnerable to supply chains. It also takes up to six months to manufacture — far longer than the cell-based option.

There are some concerns with the new cell-based vaccine technology, though. The safety and effectiveness of the formula has not yet been established for pregnant women and nursing mothers — both of whom are advised to only use it when “clearly needed”. That’s a potential problem, since this cohort is among the highest risk groups for influenza and a key target for the immunisation program.

The efficacy rates of the new vaccine are also much more modest in elderly people — another key risk category and a major priority for immunisation. One study found that the new Flucelvax vaccine was 26.5% effective among people aged 65 and over, compared with 24% for the traditional jab.

Further, given its infancy, the new vaccine has not yet been sufficiently scaled to deliver a better price point than its protein-based counterpart. This could mean authorities procure it more cautiously until efficacy rates are better proven in a real-world context. That said, cell culture technology has already been used in vaccines for polio, smallpox, hepatitis, rubella, chickenpox and rotavirus — demonstrating good efficacy rates for each.

Having just received Therapeutic Goods Administration (TGA) approval, the new influenza vaccines will be available in Australia from April 2021.

In response to global shortages, Oxair is spreading the word about its off-the-shelf solution...