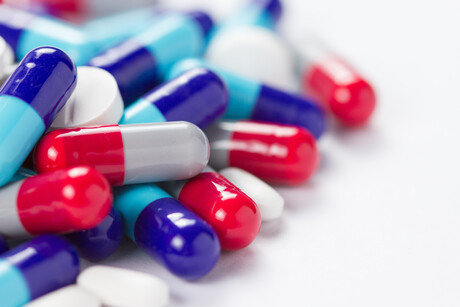 Macquarie University researchers have designed a broad-spectrum antibiotic that has been shown to be effective against a range of drug-resistant strains of bacteria, including those resistant to last-resort antibiotics. The results are published in Nature Communications.

Rapid evolution has helped bacteria to develop resistance to most of the antibiotics in our current arsenal, but Dr Amy Cain and her colleagues have designed an antimicrobial peptide that holds promise for the future treatment of drug-resistant bacteria.

Dr Cain explained that drug-resistant bacteria have evolved resistance traits that cover all the pathways targeted by current antibiotics.

Historically, antibiotics have been found in common sources such as fruit mould and soil, but now, with the older classes of antibiotics failing and pharmaceutical companies desperately trying to find replacements, researchers are bringing some new tools to the search.

Dr Cain explained that Gram-negative bacteria have proven to be particularly good at resisting treatments.

“These bacteria exist just about anywhere on Earth that supports life. They include some nasty ones — Escherichia coli; Pseudomonas aeruginosa, which can be responsible for pneumonia, septic shock, urinary tract infection, gastrointestinal infection, skin and soft tissue infections, and ultimately, death; Chlamydia trachomatis, which can cause pelvic inflammatory disease and infertility; and Yersinia pestis — the Black Plague. And that’s just a few of many.”

Gram-negative bacteria have an outer membrane that protects them from many antibiotics (including penicillin), detergents and antimicrobial enzymes that are part of our own immune system. They have evolved resistance traits that cover all the pathways targeted by current antibiotics.

One way of getting around this is to directly target and disrupt their protective membrane. Only one class of antibiotics does this — polymyxins, which are approved for treating drug-resistant Gram-negative infections. Unfortunately, the dose needed to treat a patient is very close to a toxic dose, being toxic to the kidneys even at the minimum dose needed to work. Even these last-resort antibiotics are encountering resistant bacteria.

Peptides — short strings of amino acids that form the building blocks of proteins — with antimicrobial properties are found in a wide variety of life forms. Most of them can kill microbial pathogens directly. Some others act indirectly, by affecting the host defence systems.

Peptide antibiotics are abundant and relatively easy to produce on an industrial scale, but they are often hard to get into a cell. Antimicrobial peptides that can mobilise the patient’s own immune system are, in theory, an alternative to traditional antibiotics.

“We wondered whether it was possible to design antimicrobial peptides that follow the basic structural ‘rules’ of substances that have been successful against Gram-negative bacteria,” Dr Cain said.

Using an antibiotic peptide derived from marine lugworms as a guide, the team designed a series of compounds with a similar structure but with some components removed or deliberately mutated, keeping the peptide backbone and the secondary structure needed for it to work as an antimicrobial.

The result is a broad-spectrum antibiotic that has shown to be effective in mouse models. It is less toxic than the substance it is based on and doesn’t destroy red blood cells. It works powerfully against a range of multidrug-resistant and extensively drug-resistant strains, including those resistant to last-resort antibiotics, and is effective against some high-priority pathogens.

Although these results are in mouse models, which means it’s early days yet, these are exciting results that open up a whole new range of possibilities for fighting diseases for which there were few options left to treat.

Postmenopausal trial finds no difference between placebo and laser treatment

People with elevated blood pressure that falls within the normal recommended range are at risk of...

Risky business: why sustainability is now central to mitigating risk

From waste to worth for Australian mushroom growers

Mapping the epigenetic signatures of pain

Stress of COVID-19 taking its toll on Aus scientists