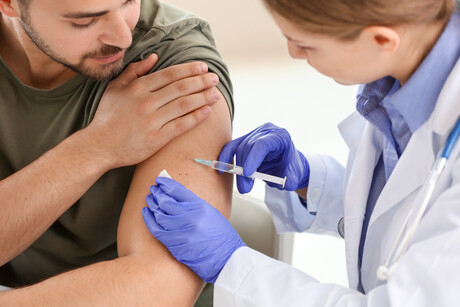 Reduced levels of the metabolic hormone leptin may be responsible for poor vaccine efficacy among certain individuals, according to a new study by the University of Queensland and Australian National University.

Researchers sought to explain the moderate to low performance of influenza and hepatitis B vaccines in a significant portion of the general population.

While efficacy rates vary, recent studies by the CDC suggest influenza vaccines reduce the risk of illness from the flu virus by just 40–60%.

Although there is good evidence that effectiveness of the vaccine differs between individuals, until now there has been little way of predicting who will and won’t respond well — particularly in younger cohorts, where there are no obvious signs of ill health.

With leptin levels known to affect food intake, homeostasis and energy expenditure, researchers hypothesised a link between the metabolic system and immune function.

“We were trying to understand individual differences, and why some seemingly healthy people may not have a good vaccine response,” lead researcher Professor Di Yu said to Hospital + Healthcare.

“We already know that leptin — a hormone largely produced by fat tissue — affects a number of physiological processes. On top of that, it has a large range, and can vary more than tenfold between individuals.”

Indeed, the study found that sufficient levels of leptin in humans produced a good immune response after the influenza and Hep B vaccines, while low levels among subjects produced the contrary.

The observation in humans was reproduced in mouse models that lack leptin function, with the findings consistent throughout young and old individuals.

Meanwhile, the study found evidence of a mechanistic explanation, with the metabolic system stimulating the function of immune cells.

“We found that leptin directly promoted the development and function of cells which are vital in triggering an antibody response,” Prof Yu said.

The findings will enable clinicians to identify people at risk of poorer vaccine response — a discovery that could pave the way for new interventions, such as an increased dosage, different vaccine formulas or other treatments.

“We can now tell which people are at risk of not generating an antibody response after vaccination. With this knowledge we can think of alternative ways to provide immune stimulation to compensate for a leptin deficit,” Prof Yu said.

However, the biomarker is not black and white, with some complexities around the role of leptin within the body.

“Having high levels of leptin does not always mean a person’s leptin function is stronger. In people with diabetes or obesity, for example, individuals can have high levels of the molecule but develop a resistance to it. Hence, more research is still needed to better measure leptin function for vaccine response,” Prof Yu concluded.

Flinders University has become a research partner of the Freemasons Centre for Male Health &...

IT solutions provider expands into A/NZ with Sydney office