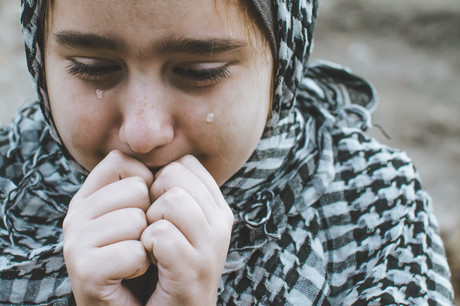 The repeal of MEDEVAC could impact the long-term physical and mental health of asylum seekers held in offshore processing at Nauru and Manus Island, warns the Chair of the RACGP Refugee Health Specific Interests Network, Dr Kate Walker.

MEDEVAC, a controversial scheme designed to facilitate the timely transfer of asylum seekers with urgent medical and psychiatric needs to Australia, was repealed in December, amid growing national security concerns. In place of independent doctors, it will now be solely up to government to qualify asylum seekers for acute care in Australia.

Dr Walker fears that, without MEDEVAC, access to tertiary health care will be significantly delayed, increasing the severity of chronic conditions — like post-traumatic stress disorder (PTSD) — which require timely treatment.

“Asylum seekers have often experienced trauma prior to fleeing their home country. Couple that with the strain of being kept in offshore processing, with no certainty about their future, and limited access to tertiary health facilities, it is a breeding ground for mental and physical conditions,” Dr Walker told Hospital + Healthcare.

“Given this, it is worrying that we don’t know how much influence medical professionals will have on transfer decisions going forward; and I am concerned that those with acute medical and psychiatric symptoms may not get the urgent help they need, leading to significant long-term health risks.”

According to the independent health advice panel overseeing medical transfers for asylum seekers, there were 73 admissions at the RPC Medical Centre on Nauru in the first quarter of 2019, and most of these were relating to mental health conditions. As were the majority of the 8620 medical consultations provided in the same period, according to a report of the independent panel, obtained by Labor.

Furthermore, undertreating or delaying treatment for mental health conditions, like PTSD, can be serious and is linked to greater longevity of the disorder itself, plus a host of chronic and acute physical conditions. Research shows that ‘allostatis’ — the wear and tear on the body in response to repeated stress cycles — is a final common pathway to disease.

Since its inception, zero people have died whilst being held in offshore processing, compared with 12 deaths in five years prior to its arrival. “Considering the relative youth of those being held there, this is a very significant number,” she said.

“I urge governments to approach future medical evacuation with the same urgency as has been shown by the volunteer doctors that have worked tirelessly on MEDEVAC — our nation’s unsung heroes.