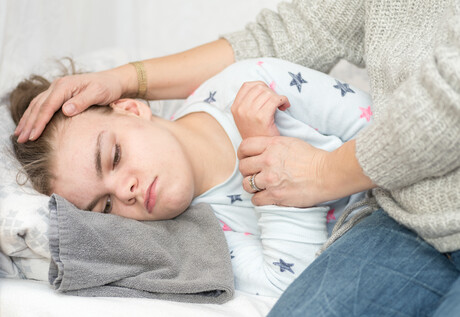 The SenTiva device is designed for adults and children over 4 years of age living with epilepsy who are not responding to antiseizure medication.1

The device is implanted in a day (outpatient) procedure and can be safely adjusted via a remote programming system, reducing the need for additional clinic visits.6

It is said to offer responsive therapy with several new advanced features. This includes the AutoStim Mode, also known as Seizure Response Mode, which is designed to detect changes in heart rate (ictal tachycardia) that are often associated with seizures. This may stop seizures before they start and automatically deliver an extra dose of therapy to stop seizures once started.6

Professor Patrick Kwan, Professor of Neurology at Monash University, and Consultant Neurologist and Director of the Epilepsy Unit at Alfred Health, said promoting awareness of DRE among neurologists is needed to help accelerate the process for patients from the initial diagnosis to referrals to epilepsy centres.

“We have seen new medicines come to market for epilepsy, but unfortunately they have not reduced the overall proportion of patients with DRE. It is important for neurologists and epilepsy centres to work collaboratively to ensure DRE patients are being assessed early for other interventions,” Professor Kwan said.

“If the patient fails to respond to two antiseizure medications, that should be the trigger to refer them to epilepsy centres for further assessment. Even if we cannot immediately achieve seizure freedom, reduction in seizure frequency will still have a major impact on patients’ lives.”

VNS Therapy is an adjunctive therapy that reduces seizure frequency and severity in children and adults with DRE who are not suitable for resective surgery.5,6 It works by delivering mild pulses to the vagus nerve at regular intervals throughout the day via a small device implanted under the skin. This mechanism works to reduce seizure frequency and severity, and improve recovery time.6

VNS Therapy is said to be delivering benefits to over 100,000 patients globally, including over 30,000 children, due to 25 years of innovation in neuromodulation therapies.1

Professor Terence O’Brien, Program Director Alfred Brain and Deputy Director of Research, Alfred Health and President of the Epilepsy Society of Australia (ESA), said, “It can take some time for patients to receive a DRE diagnosis, and even more time for them to be referred to a comprehensive epilepsy centre.”

“We want to see technology like VNS therapy become an important pillar in the way we manage DRE in patients who have been evaluated in a comprehensive epilepsy centre and are found to not be suitable for resective epilepsy surgery. It will help to raise better awareness of DRE, encourage earlier diagnoses and allow patients to benefit from new and advanced therapies,” Professor O’Brien said.

Early access to VNS Therapy is proven to enhance seizure control and improve patient outcomes, especially in children as their development can be significantly affected by poorly controlled seizures.8,9

Large proportions of people with epilepsy (up to 82%) experience significant increases in heart rate associated with seizures.9 The SenTiva generator is designed to collect and log events including a patient’s body position and heart rate fluctuations, offering additional support for patients who experience an increase in heart rate during seizures, also known as ictal tachycardia.

TGA approval of SenTiva is based on the data from multiple VNS Therapy studies that demonstrated significant seizure reduction in patients with DRE:

According to Alison Ottrey, Epilepsy Nurse Practitioner candidate at Alfred Health, raising healthcare professionals’ awareness about DRE is an important step in improving outcomes for patients.