Left-, right-handedness visible in the womb 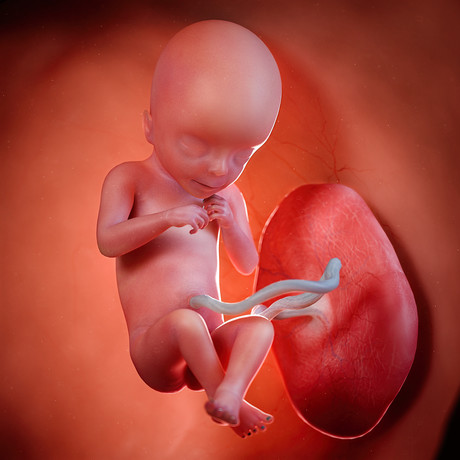 When a child is born, it takes several years before they can draw and then write, manifesting the possible preference for the use of one hand or other parts of the body.

And yet, a study recently published in Scientific Reports shows that early in the maternal womb, hand preference is well defined and the motor system is highly sophisticated.

The researchers have studied foetal kinematics to predict manual dominance of 29 foetuses. After nine years they compared their predictions with the preference shown by the same boys and girls obtaining an accuracy that ranged between 89% and 100% depending on the parameters used.

In particular, the researchers analysed the movements of the hands of the foetuses at the 14th, 18th and 22nd week of gestation using a 4D ultrasound scan, viewing the three-dimensional image in real time and in movement, in 20-minute sessions.

The results have shown that starting from the 18th week the foetuses execute significantly more quickly the movements requiring precision with that which will become the preferred hand.

The study, conducted by the International School for Advanced Studies - SISSA of Trieste, the University of Padua and the Lincean Centre Beniamino Segre of Rome, shows the elevated level of maturation and specialisation of the motor system in utero.

But not just that. The accuracy of the method used in this study opens new perspectives for its use in the clinical field.

Hand preference, in fact, is due to the prevalence of one cerebral hemisphere, the contralateral one, over the other.

This characteristic has sometimes been associated with pathologies that involve a cerebral asymmetry, such as depression, schizophrenia and autistic spectrum disorders. Foetal kinematics could be used to identify new markers that would allow to intervene at an early stage and compensate for any development problems.