How deceased ovarian cancer patients are safeguarding their families' health 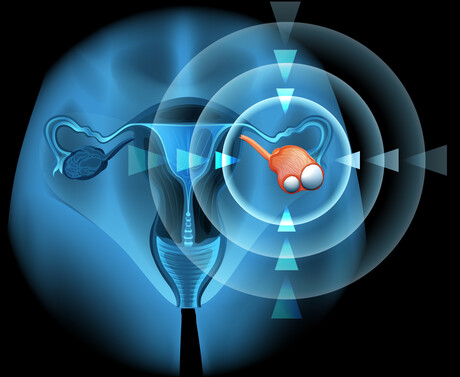 A new Peter Mac-led study has posthumously tested samples from ovarian cancer patients who missed the chance for genetic testing before they died of the disease.

Genetically testing these samples allows for their families to be informed of potential higher cancer risk, which then makes family members eligible for subsidised genetic testing themselves.

"It's now well recognised how inherited genetic mutations can increase a person's risk for developing ovarian, breast, prostate, pancreatic and other cancers," said Dr Kathryn Alsop, a senior author on the study recently published in the Journal of Clinical Oncology.

In 2013, thanks to previous Peter Mac-led research, the national genetic testing guidelines for ovarian cancer patients were changed.

Since then, it's been recommended that the majority of women with ovarian cancer receive genetic testing, which is subsidised by the federal government.

Without the subsidy the out-of-pocket costs for this testing would be over $1000.

This study focused on identifying ovarian cancer patients who were diagnosed before the guidelines were changed, and hence who may not have had the opportunity to undergo genetic testing while they were alive.

"Of the 787 patients we tested in this study, 11% had an inheritable genetic mutation that increases a person's risk of developing cancer," said Dr Rachel Delahunty, lead author of the study.

"Prior to this testing, their families may not have been aware of their increased genetic risk."

The researchers found this health information is welcomed by family members, as it allows them to manage their own cancer risk and possibly even take preventative measures.

"Importantly, it means that these families do not need to wait for another cancer diagnosis within their family before being able to pursue subsidised testing options," Dr Alsop said.

Ovarian Cancer Australia was a partner on the study, which was undertaken at sites across Australia including St John of God (WA), King Edward Memorial Hospital (WA), the Royal Hospital for Women/Prince of Wales (NSW) and Monash Medical Centre (Vic).